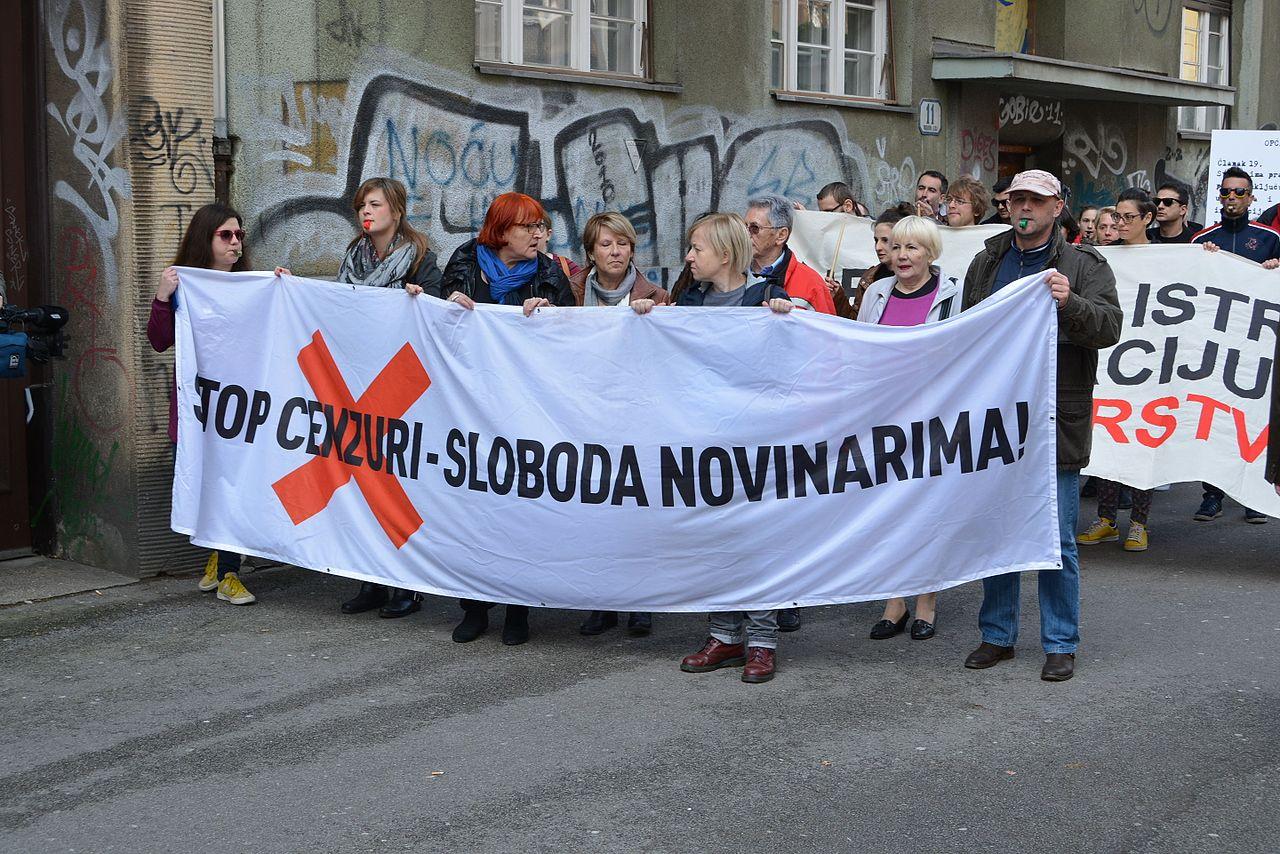 Croatia became the newest member of the European Union in 2013 and in the course of the accession period harmonised its media legislation comprehensively with European standards. As such, EU membership per se cannot guarantee media freedom, however. Croatia continues to score mediocrely in press freedom rankings and the media industry has been suffering from the financial crisis.

Media freedom watchdog organisation Reporters Without Borders (RWB) ranks Croatia 56th out of 180 countries in its latest 2021 report, with alternating upgrades and downgrades in the past years. RWB assesses Croatia’s press freedom to have “noticeable problems”, for example journalists being “subjected to harassment campaigns” after publishing investigative articles. The IREX Media Sustainability Report 2019 shares this assessment, stating that “while Croatia’s status as an EU member helps to ensure freedom of speech and media freedom, it still struggles with full implementation of EU standards”. Freedom House, another NGO monitoring press freedom in the world, cites the media landscape in Croatia as “highly polarized, but generally free from overt political interference”. However, media employees have been facing a rising number of attacks in recent years.

Although the access to information is ensured by law, journalists encounter delays in the processing of their requests by public authorities. Thus “the 2021 Media Pluralism Monitor indicates a medium risk related to the protection of the right to information”, states the EC 2021 Rule of Law Report. In addition, the political independence of media outlets is compromised especially at local level by state advertising.

Throughout the accession negotiations with the EU, much of Croatia’s legislation was adapted, including the provisions concerning freedom of the press. The constitution now includes references to media freedom and the right of access to information. Just like in other countries in South East Europe, a robust legislative framework cannot guarantee media freedom alone. Both implementation and social acceptance of the laws matter a great deal as well.

Libel is a civil law issue in Croatia. Until early 2016, journalists such as investigative reporter Slavia Lukić were charged for "vilification", meaning they were criminalized for the publication of verified facts someone might find "offensive" or "harmful." As the 2017 IREX Media Sustainability report for Croatia states, this law has been amended in spring 2016, now excluding "the responsibility of the journalist if the subject is of public interest, even if the facts published would prove to be false, but taken with "good faith". However, libel and “vilification” have not been decriminalised, “which has had a chilling effect on both editors and journalists”, according to the latest 2019 IREX report.

The 2021 EC Rule of Law Report on Croatia states that strategic lawsuits against public participation (SLAPPs) targeting journalists are still a serious concern and that they put the existence of smaller, local media and freelance journalists at risk. “A survey by the Croatian Journalists’ Association in April 2021, counted 924 active lawsuits against journalists and the media in Croatia (compared to 905 in 2020)”.

The financial crisis in Croatia has left the media industry in the country particularly devastated. Many journalists lost their jobs and the line between journalism, advertising and PR has been blurred, according to the 2019 IREX report, with a growing number of media outlets deliberately mixing journalism and advertises in a desperate attempt to improve their financial situation. Sales and circulation have dropped, alongside advertising revenues. Not only quality has suffered from this development, it also poses a threat to media freedom, as more and more outlets have to avoid criticising the political or business interests their owners represent. Earning an average salary lower than the national average salary and being desperate to keep their jobs, Croatian journalists are often subject to self-censorship, as noted in the 2019 IREX report. Self-censorship may also be a reason why the mainstream media is perceived to be more conservative, thus lacking a desired variety in the media landscape in order to keep the public debate open, for example for minority issues.

Like elsewhere in the region, crimes against journalists still occur – with relative impunity. This especially concerns journalists investigating into sensitive topics, such as war crimes, corruption or organised crime. After watchdog reports depicted a decline in those instances in the mid-2010s, in recent years, concerns over a growing hostile working environment for Croatian journalists have been raised again.  RWB states that “physical attacks, along with threats and cyber-violence, continue to be a major problem”, Freedom House lists several physical attacks on journalists since 2018, and the 2019 IREX Report finds that “the number of attacks on journalists is on the rise, year after year”. Meanwhile, NGO institutions such as the Croatian Association of Journalists (CJA) have made attempts to react to the rising number of threats against journalists in recent years. In 2015, CJA established its so-called Freedom of Expression Center, giving threatened journalists 24/7 access to legal advice from lawyers, media scientists and volunteers. What is blatantly obvious in the case of Croatia is the fact that EU membership and the harmonisation process that precedes it cannot alone guarantee media freedom. They must be accompanied by a government willing to apply democratic standards, loosen their grip on public media, responsible media owners and a society willing to value freedom of expression and the press.

In 2021 threats, harassment, attacks (“sometimes at the hands of police”) still persist, according to Freedom House Report, thus pressuring journalists to turn to self-censorship.