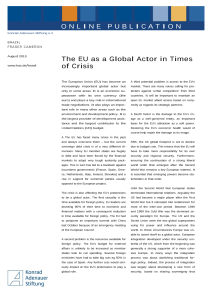 The EU as a Global Actor in Times of Crisis

Series: Perspectives on the future of the European Union

The European Union (EU) has become an increasingly important global actor but only in some areas. It is an economic superpower with its own currency (the euro) and plays a key role in international trade negotiations. It also plays an important role in many other areas such as the environment and development policy. It is the largest provider of development assistance and the largest contributor to the United Nations (UN) budget. 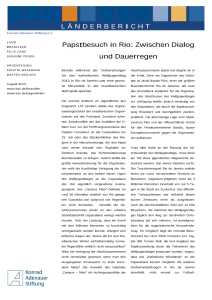 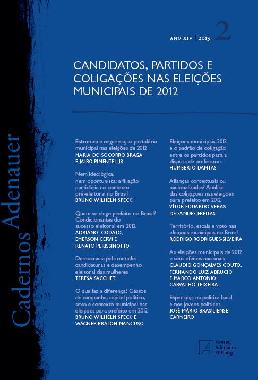 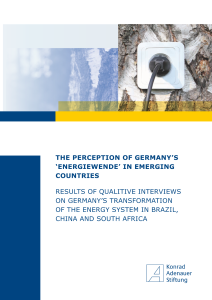 The Perception of Germany's "Energiewende" in Emerging Countries

Results of qualitive interviews on Germany’s transformation of the energy system in Brazil, China and South Africa

This study was conducted by infratest dimap on behalf of the Konrad-Adenauer-Stiftung (KAS). Within the KAS, the study was a joint project involving the departments of European and International Cooperation and Politics and Consulting, with the Political Dialogue and Analysis and Empirical Social Research teams taking the lead at the working level. The contents and structure of the expert interviews were determined in collaboration with specialists at infratest dimap, based on input from earlier workshops. 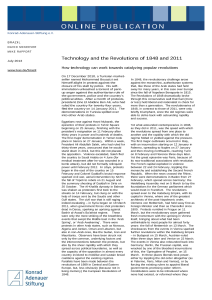 How technology can work towards catalyzing popular revolutions

On 17 December 2010, a Tunisian market-seller named Mohammad Bouazizi set himself alight in protest against the closure of his stall by police. His self-immolation unleashed a torrent of pent-up anger against the authoritarian rule of the government, police and the country’s political elites. After a month of protests, president Zine El Abidine Ben Ali, who had ruled the country for twenty-four years, fled the country on 14 January 2011. The demonstrations in Tunisia spilled over into other Arab states. 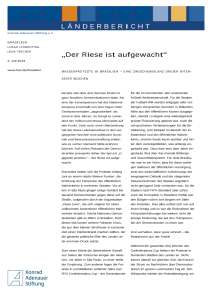 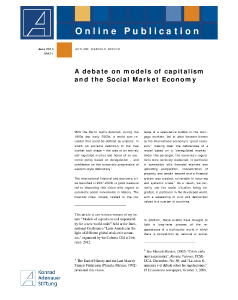 A debate on models of capitalism and the Social Market Economy

Marcelo Resico, director of the PhD program in Economics at the Catholic University of Buenos Aires, characterizes a paradigm of economic policy, the so called “state capitalism“. 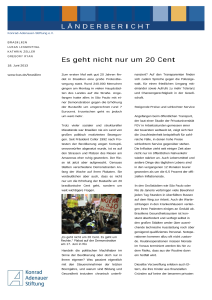 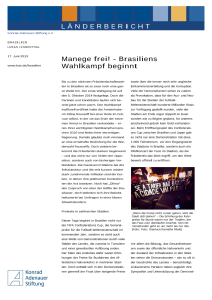