The Commission's draft is only useful as a diplomatic lever. A Carbon Border Adjustment Mechanism (CBAM) must be comprehensive and integrated into the global trading system.

Compared to a global solution or a climate club, a carbon border adjustment (CBAM) is the worst option. However, if the EU does not want to be dependent on the goodwill of other states, it should design a comprehensive border adjustment that is as open as possible for third countries. The leaked draft of the EU Commission on the CBAM is very limited and can thus only have an impact as a threat or as a first step.
June 16, 2021 Ordering Information

By 2030, German CO2 emissions are supposed to decrease by 65 percent compared to 1990 levels. A massive transformation of the economy will be necessary to achieve this. Obviously, this will significantly increase the costs of climate protection. Production in the EU will become more expensive compared to regions that pursue climate protection less ambitiously. As a result, there is a threat of relocating production from Europe to those other regions. The European Commission has recently published a proposal for a CBAM as a protective instrument against so-called carbon leakage.

The present brief paper will first give an overview of possible options for the EU to respond to the problem of carbon leakage. In the following, it will point out the need of an instrument for carbon border adjustment. After commenting on the European Commission's leaked draft for introduction of a CBAM this paper concludes that climate diplomacy will remain important even after implementing the CBAM. 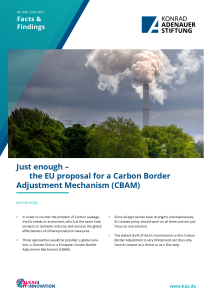 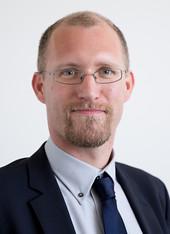