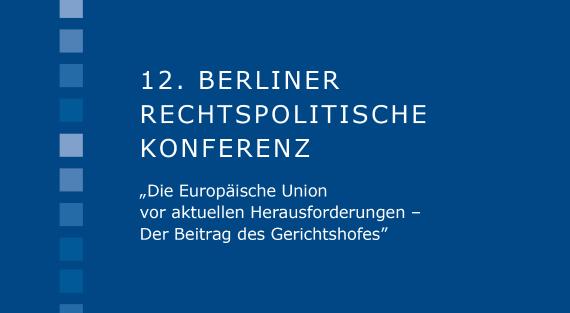 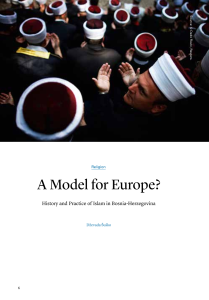 A Model for Europe?

History and Practice of Islam in Bosnia-Herzegovina

Bosnia-Herzegovina can look back on an eventful history of social upheaval and armed conflicts in which especially Bosnian Muslims were frequently the victims. It is therefore rather surprising that Bosnian Islam is characterised by a relatively high degree of cosmopolitanism and liberalism that might even serve as a model for European-style Islam. 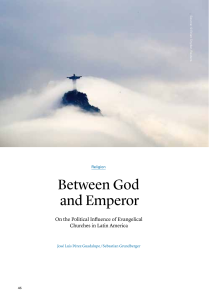 Between God and Emperor

On the Political Influence of Evangelical Churches in Latin America

The fast-expanding evangelical churches in Latin America are increasingly striving for political influence. So far, however, they have not yet been able to develop a common agenda. On the contrary, they are characterised by a high degree of fragmentation. In view of the growing evangelical voter potential, the influence of evangelical forces may continue to increase in the future. 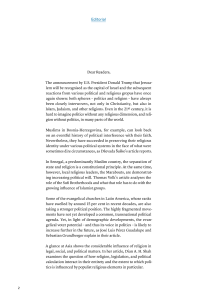 The announcement by U.S. President Donald Trump that Jerusalem will be recognised as the capital of Israel and the subsequent reactions from various political and religious gropus have once again shown: both spheres – politics and religion – have always been closely interwoven, not only in Christianity, but also in Islam, Judaism, and other religions. Even in the 21ˢᵗ century, it is hard to imagine politics without any religious dimension, and religion without politics, in many parts of the world.

Libya as a Supraregional Security Threat

Ex-U.S. President Barack Obama once described the United States’ and its allies’ lack of success in ensuring stability in Libya following the fall of the Gaddafi regime as one of the biggest failings of his time in office. Indeed, the country is sinking ever deeper into chaos. Now, the action plan by Ghassan Salamé, the United Nations’ new Special Representative for Libya, is expected to revive the peace process. If this does not succeed, the security situation risks escalating further – with far-reaching consequences both for neighbouring countries and Europe. 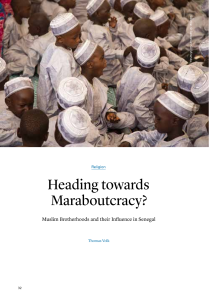 Muslim Brotherhoods and their Influence in Senegal

Senegal is considered a stable democracy and a role model for religious tolerance in West Africa. 90 per cent of Senegalese are Muslim and belong to one of the country’s four brotherhoods. These have always been significant in shaping Senegal’s political, economic and social structures. But over the last few years, the brotherhoods’ political influence has strengthened significantly. 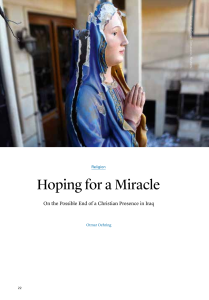 Hoping for a Miracle

On the Possible End of a Christian Presence in Iraq

Iraq is one of the countries generally referred to as the cradle of Christendom. Since 2003, the number of Iraqi Christians has, however, fallen dramatically. Whether Christianity has any sort of future in Iraq is currently impossible to divine.