Conflict and Peace: The Connection between Ethnicity and Religion

Since the end of the 1990s, Indonesia has been affected by numerous internal conflicts, which were ethnically and religiously motivated. Given the long history of a relatively peaceful coexistence of different ethnic and religious groups in the archipelago this is particularly tragic. Religious leaders have been working as mediators in many of these conflicts; most of them intending to make the long-term negative consequences of such prolonged internal conflicts for the development perspectives of the respective regions clear to the population. Until now, such peacemaking efforts have produced mixed results.

Dialogue of Civilizations in Search of a Peaceful Global Order

This book presents the papers and other contributions of the international seminar on “Islam and the West One Year after September 11, 2001: Obstacles and Solutions in Search of a New World Civilization”, which took place in Jakarta in September 2002 and was supported by the Konrad Adenauer Foundation. The publication signals a number of solutions to the main problems encountered in the relationship between the Islamic world and the West, seen from the various perspectives of the people involved in the seminar.

(Series of 17 vols. in Indonesian language)

Among religious scholars, especially Muslim scholars, ambiguities in facing issues of modernity, mainly on contemporary political and social affairs (such as democracy, gender equality, pluralism, inter-religious marriage or birth control) can be noticed quite often.

The promotion of decentralization is a focus area of the KAS project work in Indonesia. Beside the transfer of decision-making competencies and budgets from the central government to the local level the support for democratic structures in the regions, municipalities and villages is being emphasized. In cooperation between KAS and ADEKSI, the association of Indonesian municipal parliaments, the first national conference of this organization took place in Jakarta in January 2003 and dealt entirely with the subject of direct local elections. As a result the conference presentations have been compiled in the publication „Pemilihan Langsung Kepala Daerah: Transformasi Menuju Demokrasi Lokal“. This volume offers a comprehensive overview of the present status of the debate on this issue in Indonesia.

The Konrad-Adenauer-Stiftung, in cooperation with the Center for Languages and Cultures at the State Institute for Islamic Studies (PBB/IAIN) has published a collection of papers and discussion materials presented during the “International Workshop on Ethno-Religious Conflicts in Indonesia Today” which took place in Jakarta in September 2001. Notable guest speakers of international repute from Germany, the Netherlands, Australia, and Indonesia gathered information and shared experiences of diverse communities in terms of religion, ethnicities and cultures in Indonesia and elsewhere in the world. The seminar also touched on the problems of heterogeneous communities that may contain potential conflict and threaten social integrity. This book is intended to demonstrate to readers how significant ethnic and religious conflicts have been in Indonesia, and what their relations are toward the decline of Indonesian communal cohesion. 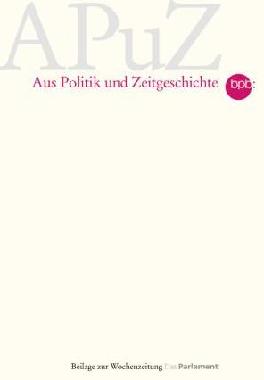 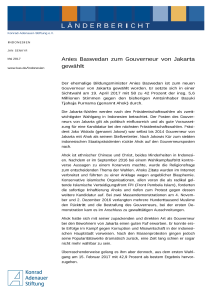