The social and environmental responsibility of corporations

In collaboration with the College of Law and Business in Ramat Gan, KAS Israel hosted on June 24th a symposium on “Corporate Social Responsibility” (CSR) in Germany and Israel. Participants benefitted from a thorough exchange of experiences from professionals in Israel and Germany. Throughout the day, it became apparent that CSR in Germany is strongly embedded in the concept of the Social Market Economy, whereas in Israel it is understood and used primarily as an engine of social innovation.%%%Translation by Nicole Herbert
June 25, 2013 Ordering Information 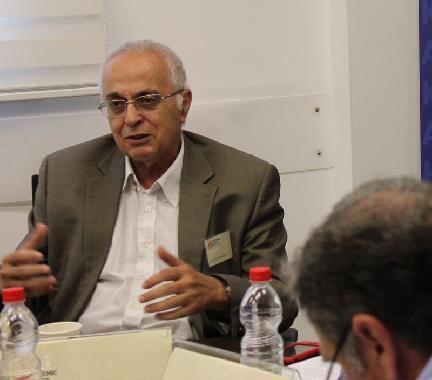 For one day, Israeli experts from the academic sector, private sector, think tanks and the public administration discussed the social and environmental responsibility of corporations towards their own workforce as well as towards their social environment. It was agreed on that it is not about altruistic behavior of economic actors, but the response of corporations to their own interest, the interest of their owners (shareholders), and to the needs of their social, cultural and ecological environment (stakeholders). “Doing well by doing good” is the motto.

It was criticized by some participants that the state should not rely on the benefits of CSR duties and abate responsibility to the public due to lack of funds (e.g. the maintenance of a good school system). By definition, CSR should be a voluntary practice and not abused by mandatory law – e.g. social security law. It was emphasized that “CSR cannot replace compliance.”

The first panel was devoted to the fundamental question of the differences of the economic and social order in Israel and Germany. For the Federal Republic of Germany the concept of Social Market Economy has been crucial since the late 1940s, Israel – after having practiced a unique form of liberal socialism in the first three decades – has turned to a neoliberal direction. It is noteworthy that both countries have endured the turbulences of the global financial crisis with their respective systems better than others. The consensus among the participants was that the market can only function if the state (increasingly also international organizations such as ILO and WTO) defines the rules to which all market participants must abide. Different opinions were expressed on the question of whether state should regulate CSR through voluntary agreements – e.g. between state and private sector regarding environmental standards.

The second panel dealt with the question of how corporate responsibility could be promoted. The issue at stake was both the legal (e.g. tax law) and a cooperatively negotiated framework. Germany has developed a national strategy for corporate social responsibility under the auspices of the Federal Ministry of Labor and Social Affairs which was extensively presented to the Israeli participants. During the discussion it became evident that Israel’s approach to CSR is not as well organized as the German and European approach. Instead, CSR in Israel has the benefit of being an experimental approach, in which the potential of social, cultural and environmental innovations can be flexibly tested.

During the third panel the issues previously discussed were given meaning in the context of the ecological responsibility of corporations. The speakers in this session tackled the discussion of how a legal system based on responsibility and liability facilitates sustainability. Particularly, how an active climate protection policy is an economic and moral obligation towards safeguarding the natural basis of existence for future generations.

The problems from this issue are so complex that they are – at least after a part of the symposium participants – more likely mastered by the more flexible instrument of voluntary agreement than by legal compulsion. A common ground was that on the ecological level the distinction between “compliance” and “CSR” applies the same way it does to social matters.

The fourth panel discussed the subject of “co-determination”. It quickly became clear that the German model has historical conditions that do not exist in other countries. German companies are required by law to appoint employee representatives to their board of directors. Neither the idea of control of an economic power through an “industrial democracy” nor the popular German idea of “social partnership” finds particular resonance in Israel. In Israel, more value is set on a clear delineation of the spheres of interest between capital and labor. An Israeli participant argued on the basis of empirical findings that the co-determination within German corporations neither harms (as often claimed by the neoliberal wing) nor profits (as the German trade unions like to stress). From the German side, it was pointed out that co-determination promoted social partnership which leads to an economic stability that is also economically valuable in times of crisis; for this, the cost of limited flexibility is not too high. Since co-determination in Germany is statutory and therefore belongs to the field of “compliance”, it has – at first glance – nothing to do with CSR. However, it creates a work atmosphere that benefits CSR activities of the company which favors its own workforce.