The current events in the Persian Gulf, the impact of the Arab Spring and of course the peace talks with the Palestinians: You can’t say that there was a lack of subjects to talk about for the ambassador and charge d'affaires of the Embassy of Israel, Emmanuel Nahshon. During a meeting in Berlin organized by the Konrad-Adenauer-foundation together with the German-Israeli Society, the ambassador could give his ideas for Israel’s upcoming future.
February 7, 2012 Ordering Information 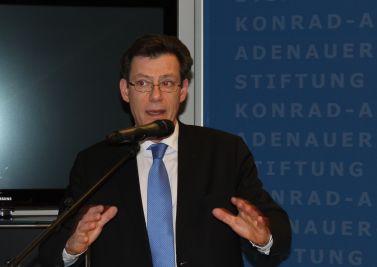 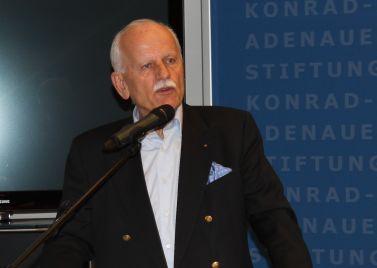 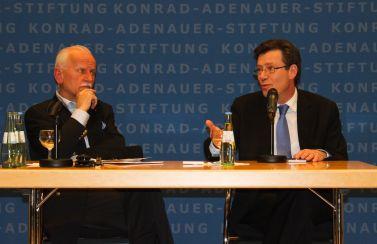 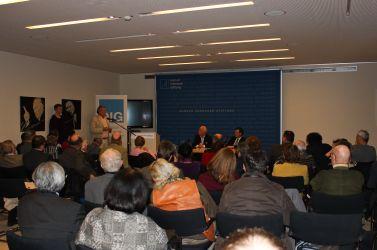 When talking about burning issues such as Iran and Syria, Jochen Feilcke, Chairman of the German Israeli Society, Berlin-Potsdam, stated that in general, times have never been “so exciting” for Israel, but that at the same time it “never has been so dangerous”. Anyhow, said the Israeli ambassador, Israel shouldn’t feel the need to act immediately. It should be patient, given that patience in most of the cases is the best solution.

Nahshon explicitly emphasized the close relationship between Germany and Israel. Even though Foreign Minister Guido Westerwelle in his last talks with Prime Minister Benjamin Netanyahu held a critical attitude towards the Israeli settlement policy, Nashshon does not want this criticism to be overestimated. The friendship between the two countries could and should remain unaffected because of this. This meaning it will always stay like that in the future is something, Nahshon isn’t so sure about. To ensure that the German-Israeli relations will continue on the same path, it is a matter, that especially young people should be informed about the special relationship between the two countries.

When asked about the Arab Spring, Nahshon pointed out that any comparison to the peaceful revolution in Germany in 1989 or that of the other Eastern European countries should not be taking serious. It is not a fair comparison. By only looking at the number of unemployment or the high illiteracy rate in Egypt for example, it is clear that those countries have completely different starting situations. In addition to that the ambassador says there is "no Arab Vaclav Havel." No one could therefore provide a fair and reliable forecast at this time, if peace and freedom will prevail.