A Pillar of the Liberal World Order or Object of Populist Seduction?

The European Union (EU) is both a success story and an organization that has to learn how to reorient itself in a world that is fundamentally changing. China, Russia and the U.S.A. are moving away from a rule-based international order. On the other hand, rules are the core ratio of the European Union. Trans-border flows are threatening the regulatory capabilities of nation states and the EU, as an organization based on rules, needs to be better prepared for this.

At the same time, populism is on the rise and people have started electing populists in governments all over the world. The complexities related to globalization invite populist parties, left or right, to lure the people into believing that there are simple responses to difficult challenges.

It is in this light that the question arises: “What are the prospects for the European Union, and, ultimately, what does the future hold for the global (dis)order in this context?” After a short introduction of the most pressing issues the EU currently has to face, Prof. Segbers will draw closer attention to the topic of populism and, eventually, take a look at the future, the limitations and possibilities, of this one-of-a-kind organization.

Segbers holds the Chair of Political Science at the Institute for East European Studies (OEI) and is professor for International Relations at the Otto Suhr Institute for Political Science (OSI) at FU Berlin. He has been working as a professor at the Freie Universität Berlin since 1996. He is also the director of the Center for Global Politics (CGP), which – aside from a series of seasonal schools – offers distance learning programs in global politics. At CGP he focuses on designing innovative concepts of knowledge-building and transfer, including the development of e-education and blended learning programs in international contexts.

First come, first served due to limited seats. Therefore reserve your seat and use our online registration

The event will be in English. 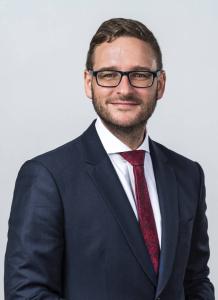 Representative to Cambodia and the Philippines