Recent transformations in the political landscape of Malaysia are poised to shape the nation’s future through a renewed vision of national development and purpose. Largely absent from this process of renewal are serious discussions concerning the inextricable connection between culture and politics and the ways in which culture is integral to the life of a nation.
September 7, 2019 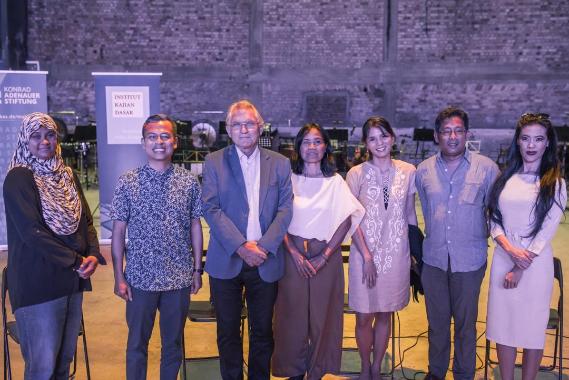 (Left to right) Tunku Azela - Institut Kajian Dasar Executive Director, Fahmi Fadzil - Member of Parliament for Lembah Pantai, Wolfgang Hruschka - Konrad-Adenauer-Stiftung Country Director, Dorothea Herliany - Indonesia, Loujaye Sonido - Philippines, Eddin Khoo - Founder of PUSAKA and Pauline Fan - Creative Director of PUSAKA
In an effort to meaningfully engage and grapple with these questions, PUSAKA is initiating a series – Conversations on Culture and Politics, featuring leading regional and local figures from diverse backgrounds across the fields of culture and politics. This series will be implemented in partnership with Institut Kajian Dasar, and with the support of the Konrad-Adenauer-Stiftung in Malaysia. The Conversation series will focus on a range of pertinent topics that confront contemporary society in Malaysia and the region – Cultural Politics and the Nation; Culture, Freedom and Democracy;  History, Religion in Contemporary Southeast Asia and Culture and Capital.

The inaugural Conversation on Culture and Politics explored the topic, Cultural Politics and the Nation.

Cultural Politics and the Nation began with an opening video, made by PUSAKA, and an introduction by the moderator, Eddin Khoo. The moderator then posed a question to the speakers on the past, present and future of cultural understanding and engagement in Southeast Asia and asked each of them to present their views for 5-7 minutes. The programme then progressed as a spontaneous conversation among the speakers and moderator. Some of the key points discussed during the Conversation included:
The Conversation lasted for an hour, then it was opened to the participants for a Q&A session, which lasted half an hour. After the Q&A session, participants were invited to refreshments.

The Conversation was documented by an audio-visual team, encompassing video and audio recording and photographs.

The actual number of participants exceeded the planned number. We were expecting an audience of 60 people, but the actual attendance was 102 people. The Conversation generated a lot of interest on Social Media, where more than 600 people expressed interest and shared the event on Facebook, Twitter and Instagram. The Conversation aimed to engage participants from institutes, universities, as well as cultural practitioners and intellectuals around Malaysia, including in East Malaysia, as well as the general public. 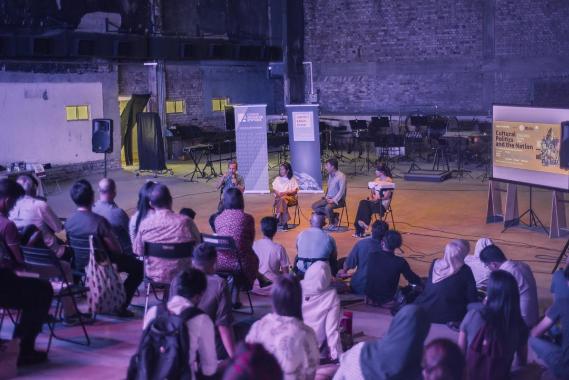 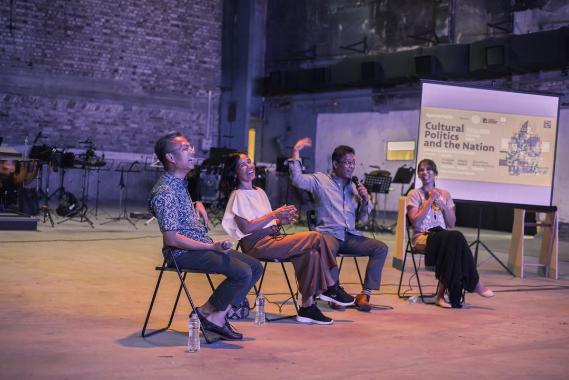 Cultural Politics and the Nation