The project "Tolerance, Dialogue, Cooperation! Promoting inter-religious dialogue in Macedonia through capacity building for media and religious representatives" co-financed by the European Union aims at createing awareness among the population of Macedonia for religious diversity and at building up more tolerance, as well as contributing to the democratization process of the country by promoting freedom of expression, inter-religious dialogue and religious pluralism. At the same time, our vision is to foster the capacities of the religious spokespersons and the key representatives of the five religious communities in Macedonia.

Selected journalist from the most influential electronic, print and online media covering religious issues on the national and local level.

National and selected local representatives of the five religious communities.

Location for the further activities:

- trainings for journalists and editors on reporting and editing religious issues;

- Field survey will be the final activity of the project. From one side the survey will make internal evaluation on the project efficiency providing measurable indicators about the impact that project activities had; on the other side it will picture the actual situation regarding religious rights and dialogue. Most important benefit from the survey is the recommendations that will be drawn on the basis on which further activities after the project implementation can be considered.

Partner of the KAS:

Further information can be found on our website: http://www.tolerancijadijalogsorabotka.mk/ 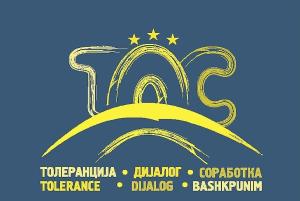