20 years after the fall of the Berlin Wall: dealing with the past

The Konrad-Adenauer-Stiftung together with the Institute for Democracy organises a round-table discussion on why the events of 20 years ago are still relevant in our societies today.
September 24, 2009 11.00 Clock

In the autumn of 1989, the Berlin wall fell. A symbol of the artificial division between Western and Eastern Europe, between democracy and communism, the wall was torn down peacefully: no blood was shed and freedom could spread again across our continent. In Germany, 20 years after the fall of the wall, people from East and West celebrate their anniversary of re-unification and the foundation of the Federal Republic, whose democratic and economic success was in significant parts shaped by its first chancellor, Konrad Adenauer. In the Western Balkans, 20 years after the events of 1989, the political landscape has changed dramatically and an independent Macedonia (as well as its other neighbours) is on the doorstep of EU-integration. The citizens of the countries of the Western Balkans want to join the EU as soon as possible. Especially the overwhelming majority of the young people want to benefit from the opportunities and possibilities of life in the European community. Many of them were not even born at the time of the fall of the wall. But its consequences still reverberate across Europe and the events still hold lessons for us and for the political decision-makers leading the democratic transition of the countries of the region 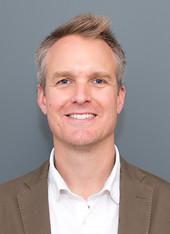