This year KAS will support the organization of the following events which are part of the general program for celebrating the Europe Day 2014:

Competition for best theatre show among representatives from different high schools on the topic: “For EU integration, instead of EU migration”

on 04 May 2014 at the Faculty of Philosophy, Ss. Cyril and Methodius University – Skopje

Best essay competition for the pupils in the secondary schools on the topic: “What things in my family are European and what Macedonian?”

In the frame of the event Gathering of the Universities in the Republic of Macedonia student debate and oratorical competition will be organized.

on 14 May 2014 at the Faculty of Philosophy, Ss. Cyril and Methodius University - Skopje 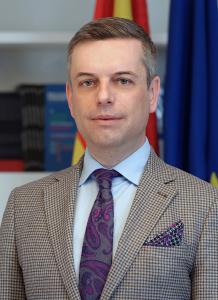