Light in the Darkness

Experience in a Roma Community

Lecture and discussion on the occasion of Macedonia`s presidency of the Decade of Roma Inclusion
June 27, 2012 18.00 Clock

years as a street worker in the Roma Community Vladislavovo in

His personal motivation is his Christian (lutheran) believe, but his aim

education, i.a. by registration, pre and after school training,

During the event a film by the Bulgarian state TV about Mr. Abbas' work will be presented. After that Mr. Abbas will report about his activities in Varna.

Mr. Mustafov of the Roma Education Fund in Skopje will brief the

audiance about the work of the Fund in Macedonia. We hope that a lively

discussion will take place after the presentations, which should be

considered as a contribution to the outgoing presidency of Macedonia in

Embassy of the Federal Republic of Germany in Skopje 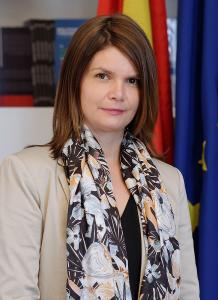