“Effects of global terrorism and radicalism for Macedonia and the region”

The Konrad Adenauer Foundation from 22-24th July in Ohrid organized a seminar titled “Effects of global terrorism and radicalism for Macedonia and the region”.
July 26, 2016 Ordering Information 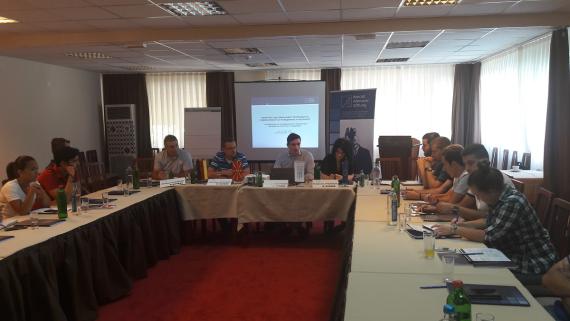 The seminar was aimed to provide the participants a possibility to discuss the current challenges for Macedonian society, state and religious communities in regard to this global issue.

Within the discussions different debates were opened with terrorism from historical perspective, the role of UN in the fight against global terrorism, the danger for Macedonia and society, as well as young people as potential perpetrators and victims in terrorist acts as main issues. Furthermore, the role and responsibility of the media, religion and religious communities were also raised as topics debate. Finally, terrorism and radicalism were discussed through the prism of perceptions for Europe and the Middle East.

The target groups for this seminar were current and former scholars of the Konrad Adenauer Foundation.