The Konrad Adenauer Foundation and the Wilfried Martens Centre for European Studies from 3-5th June in Krushevo organized a seminar titled "Cathedra Adenauer: Quo vadis, Europe?". The weekend seminar was attended by around 40 participants from different universities in the country.
June 6, 2016 Ordering Information 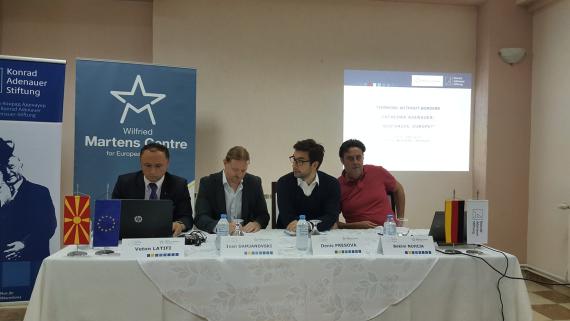 The main topics covered during the seminar were the current challenges of the European Union such as the integration of the Western Balkans into the EU, political pluralism and the biggest challenge for the Union after World War II, the refugee crisis.

The workshop organized as part of the seminar was on the contentious issue of face-covering ban, or better known as burqa ban, in Europe. Main goals of the workshop were for the students to get acquainted with the issue and main reasons behind the enactment of burqa bans in Europe as well as detecting the main arguments of the major political groups in the European Parliament regarding the issue. By doing this they got a better insight of a very heated debate on the role of religion (Islam) in modern European societies and a better perception of political pluralism in Europe.

Bürgerschaftswahl in Hamburg am 23. Februar 2020