The Konrad Adenauer Foundation, together with its partner, the European Movement in the Republic of Macedonia and in cooperation with the Institute for Geostrategic Research and Foreign Policy (IGRFP) of the Ministry of Foreign Affairs of the Republic of Macedonia and the Central European Initiative (CEI) Cooperation Fund supported the organization of the International Conference.
September 21, 2016 Ordering Information 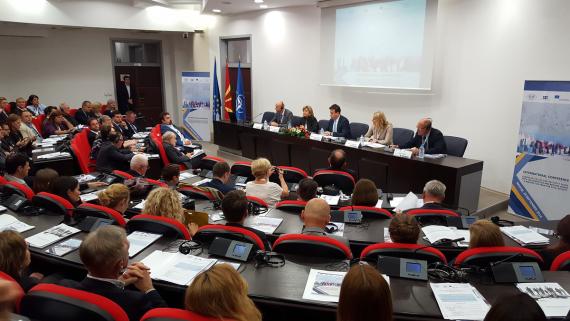 The main topics of discussion were the European values as guidelines for the European response to the crisis, the implications from the mass migration and refugee waves in economic, social, financial and political sense, the shared responsibility to continuously build awareness and attitude of non-discrimination, anti-xenophobia tolerance and solidarity for people in need. Furthermore, the role of the civil society and local authorities was discussed in terms of social-economic integration of asylum seekers, as well as the need for integrated system of defense and border protection. In addition, the increase in the migrant trafficking, illegal transportation of people, incidents with and among migrant groups and the risks of radical infiltration and terrorism were tackled during the conference.

At the conference it was highlighted that the Western Balkans is one of the key links in the European security system and it proved to have a huge role in resolving the crisis situation as well as finding a sustainable political and security situation. In conclusion, there is a need of wider consistency and commitment by all governmental levels of the countries in Europe to the implementation of existing regulations and effective governance of the migration and the refugee flows as well as enhanced cooperation and synergetic action of civil society with the authorities both and national and international level. 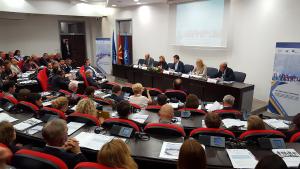