Promotion of research of the public opinion about the EU

On the 17th of February the Konrad-Adenauer-Foundation in cooperation with the Institute for Democracy “Societas Civilis” held a press conference for promoting two public opinion researches
March 13, 2017 Ordering Information 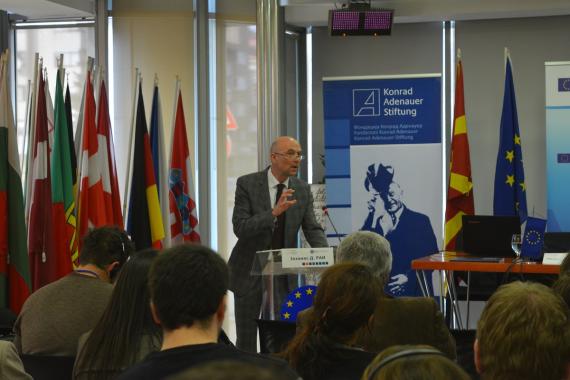 1.Analysis of public opinion on Macedonia’s accession to the European Union 2014-2016

2.The EU’s credibility at stake in Macedonia

During the press-conference introductory speeches were delivered by the Head of the KAS office in Macedonia, Johannes D. Rey and the President of IDSCS Marko Troshanovski, after which the researches were presented by the authors Prof. Ivan Damjanovski and Zoran Nechev. The end part of the event was a discussion with the interested participants.

Both publication are available on Macedonian and English language and can be downloaded free of charge from our web-page.