On May 12, 2021. online discussion entitled Religion in Education - Why it matters? was held. This discussion was organized in digital format, through the Zoom platform, by the Konrad Adenauer Foundation in collaboration with the Association of Professors of Ethics in Religions. Thirty participants, professors on the subject of Ethics in Religions, took part and it was a good opportunity to hear their views on the benefits of having religious education and the status of the subject itself in anticipation of the announced reforms in education.
May 17, 2021 Ordering Information 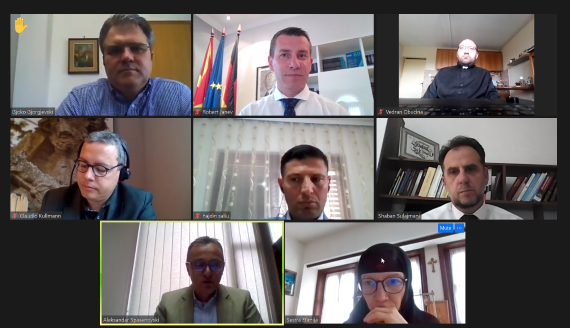 The discussion began with the welcome address of the official representative of the Konrad Adenauer Foundation, Mr. Daniel Braun and the Dean of the Orthodox Theological Faculty “St. Kliment Ohridski”, Mr. Gjoko Gjorgjevski and the Dean of the Faculty of Islamic Sciences, Mr. Shaban Sulejmani who welcomed the initiative for organizing such event and once again emphasized the important role of religion in building coexistence and tolerance in a multicultural and multi-religious society.

Right after the introductory part, a panel discussion started with participation of eminent lecturers from the country, the region and beyond. The moderator of the discussion was Mr. Aleksandar Spasenovski, Faculty of Law "Iustinianus Primus" who at the very beginning gave an overview of the issue of introducing religious education from the independence of the state until today. Later, Dr. Claudio Kullmann, Government Liaison Officer at the Diocese of Erfurt, Thuringia, spoke about that religious education in Germany is regulated by Article 7 of the Constitution and public discussion was not about necessity of religious education but about technical issues as what is the most practical way to have such instruction in certain cases. Mr. Vedran Obucina, Secretary of the Archbishop in the Orthodox Old Catholic Province of St. Christopher, Croatia, spoke about the new trend of post-secularism in which countries are blurring the factual border between secular and religious and stressed that religious education is based on pedagogy and it does not indoctrinate, dogmatize or educate religious fanatics but the absence of religious education contributes to the occurrence of such cases. Nun Efimija from the Association of Professors of Ethics in Religions spoke about the purpose of establishing the association and also gave a brief overview of how religious education is organized in Europe in the face of the changes in the education system in the country and referred to the need for discussion between relevant institutions and key stakeholders in order to overcome existing concerns. Mr. Hajdin Saliu, professor of Ethics in Religions, also expressed the need for religious education in schools as a significant contribution towards building respect, cooperation and dialogue with all people of different confession.

What followed at the end was the part planned for discussion, where questions were asked by the participants to the speakers of the panel. The participants gave their views on how religion strengthens the education attainment and also expressed their concerns about the announced digitalization of textbooks as part of the current reforms in education. 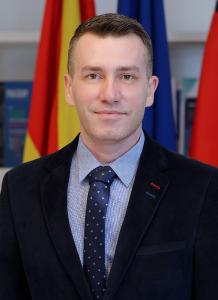