One of the main goals of the Konrad-Adenauer-Foundation is the promotion of the EU's values and the integration of Macedonia into the union. Drawing upon these targets, the KAS organized the simulation game “Visions and Wishes for Europe” for 37 high-school students from OSU “Kliment Ohridski” in Ohrid during 25-27 of September.
September 27, 2015 Ordering Information 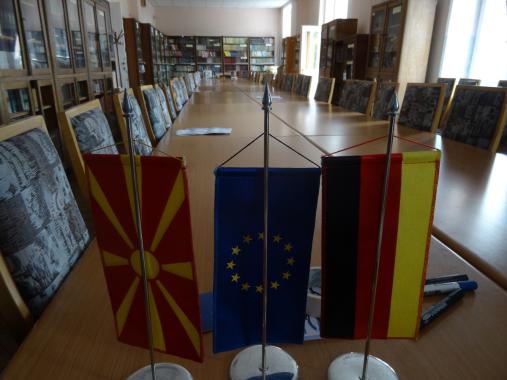 This unique seminar was the 6th in a row in 2015 and offered students the possibility to simulate the negotiation process of the EU accession talks in the European institutions.

Throughout the game, students had the opportunity to obtain a deeper understanding of the accession process that is crucial for the country and to comprehend different points of views and interests within the Council of the EU, the European Parliament and the European Commission.

The simulation game is based on a real situation scenario, where countries wanting to join the EU, such as Albania, Serbia, Montenegro and Turkey, negotiate their way through the EU accession process. During the game, students play the role of ministers, presidents, members of parliament and high EU officials. They are able to debate, negotiate, lobby and make decisions for the future of the EU, henceforth making their own visions and wishes for Europe.

The simulation game is a joint project of KAS in cooperation with the Wilfried Martens Centre for European Studies from Brussels and CIVIC Institute from Germany. 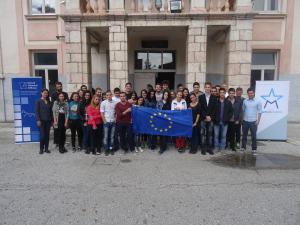