Self regulation as a basic precondition for a free media

From the 2nd until 4th of March in hotel Sirius – Strumica the workshop for self-regulation as a basic precondition for free media was held.
March 13, 2017 Ordering Information 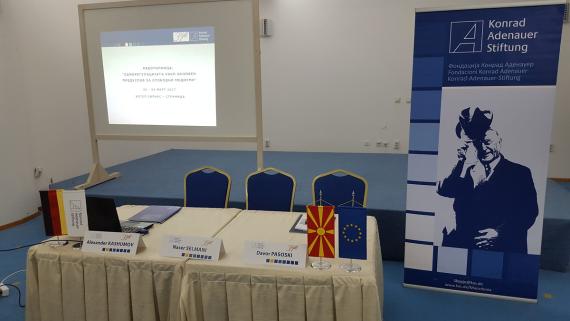 On the workshop there were 20 participants who were members of the Council of Honor of the AJM and members of the Press Complaints Commission from the Council of Media Ethics. They were actively engaged in sharing their own ideas, offering possible solutions and giving examples on the media ethics and civic engagement in the field.

Additionally, they pinpointed the need for self-regulation of the media in our country. Moreover, comparative examples from Bulgaria as an EU member state were presented by the Chairmen of the National Commission for Journalistic Ethics Alexander Kashumov, and from the Executive Director of the Council of Media Ethic in Macedonia, Marina Tuneva.

During the event the publication “Ethical reporting in the media” was promoted. The publication is authored by Marina Tuneva and Filjana Koka which is intended to serve the journalists, students in journalism and other media related areas but also other interested parties in their familiarization of the concept of self-regulation of media, professional reporting of journalists with particular focus of reporting in public broadcasters.