RELIGION, ETHNICITY AND NATIONALISM - TOPICS OF CRUCIAL INTEREST FOR THE DIVERSITY IN MACEDONIA
September 4, 2015 Ordering Information 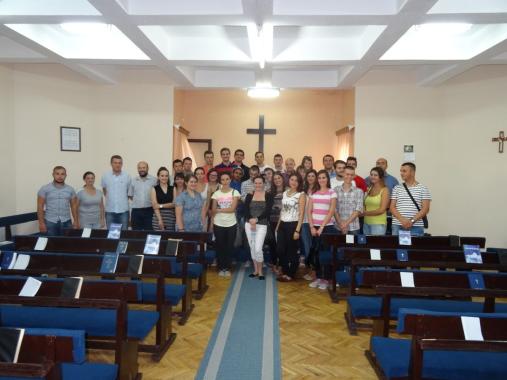 The mutual influence of politics and religion, identity and secularity, the Ohrid Framework Agreement, and the discourse of the religious communities in the Macedonian public were part of the topics discussed during the “Religion, Ethnicity and Nationalism” Summer School in Ohrid from 17-21 August 2015, which was organized by the Konrad Adenauer Foundation in cooperation with the “Euro-Balkan” University-Skopjeand the five religious communities in Macedonia.

The goal of the Summer School was to overcome the situation of status quo concerning the civic perception of religious, national and cultural differences amongst the academic youth in Macedonia.

During the Summer school, study visits to religious places of interest such as the “Ali Pasha”-mosque, “St. Sophia”-Orthodox Church, “Sts. Cyril and Methodius and St. Benedict”-Catholic Church, Jewish cemetery and the United-Methodist Church were organized.

In total, 33 participants from different ethnic/religious and academic backgrounds took part in the Summer School. As a follow-up, their task was to write research papers on the topics covered under the mentorship of Doc.Phd Nenad Markovic. The research papers on three languages are provided on the sidebar. 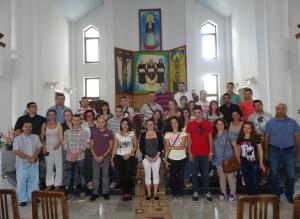