On 14.03.2017 in h. Marriott in Skopje the second Inter-religious classroom took place on the topic: The perception of the citizens about religion and its role in the multi religious societies.
March 16, 2017 Ordering Information 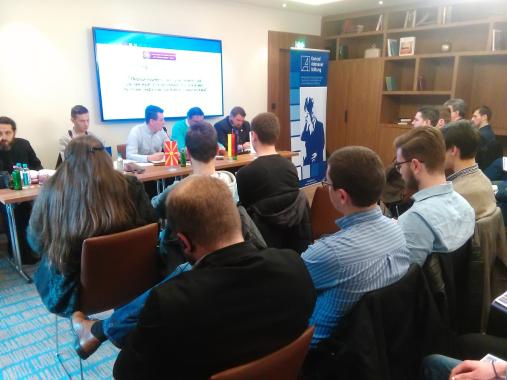 The Inter-religious classroom was intended for the students from the Faculties of Orthodox Theology and Islamic Sciences aiming to engage students and other interested stakeholders by offering them space for informal discussions on topics about religion and other social subjects of their interest.

During the event the research publication “Perception of the citizens on religion and its role in the multi religious societies” was promoted. The research was conducted by Mr. Vladimir Bozinovski from the Institute for Political Research-Skopje and Mr. Marjan Nikolovski from Religija.mk. The publication can be downloaded in Macedonian language from our website.