Book Launch in cooperation with WAN-IFRA

“The Indian Constitution is said to be the largest in the world. It, however, makes no mention of freedom of the press, which in this country is derived from the freedom of speech and expression guaranteed under Article 91(1)(a). It was deemed that no special mention of freedom of the press was necessary, as citizens enjoy the same rights to free expression as the media does. However, there is a plethora of laws in the country that have a direct bearing on the functioning of the media and ipso facto on media freedom. An understanding of media laws in the country will help journalists operate in a free and informed way.” Magdoom Mohamed, WAN-IFRA, Managing Director.

“Being paradox in nature, the media require a highly sophisticated and thought-through regulation: One the one, journalism is a highly powerful weapon. Like any other weapon it needs regulation. On the other hand - and quite unusual for a powerful weapon - it is one of the most fragile and contested institutions of society.

Only if a reliable and powerful system of media law regulates and protects the work and lives of journalists can they carry out their noble task of asking the right questions (which are often the ones that hurt), of disclosing facts which other would like to conceal, of speaking truth to power, thereby enabling the general public to make informed choices through fair and democratic votes.” Christoph Grabitz, KAS Media Programme Asia, Director. 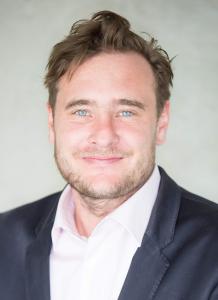 Head of the Media Programme