China has been continuously intensifying and widening its presence in South East Europe. China’s influence in the region is going beyond infrastructure and academia and has gradually expanded to a multitude of fields, including media. Vladimir Shopov, expert on foreign relations and visiting fellow of the European Council on Foreign Relations (ECFR), targeted eight countries (Albania, Bosnia and Herzegovina, Bulgaria, Croatia, Kosovo, Montenegro, North Macedonia and Serbia) and summarised his findings in a study on the China’s media presence. His research gave inspiration to discuss the depth of China’s narratives spread in the region with other experts from different contexts. This virtual event is organised by the Media Programme South East Europe of the Konrad-Adenauer-Stiftung, in cooperation with ECFR in Sofia.

Register here in Zoom to join the online discussion or follow the livestream on our Facebok page. 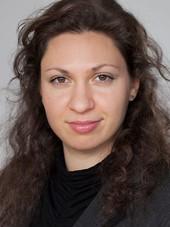