by Ivanina Georgieva
In South East Europe, media freedom is already far from ideal in ordinary circumstances, and is shrinking further in the current corona crisis. The question arises as to what role civil society and pro-democratic institutions should play to protect media freedom in such moments.
May 13, 2020 Ordering Information

Faced with false news and disinformation, the resurgence of authoritarian tendencies and the governments striving for more power in the country as well as an insecure, young civil society, emergency legislation turns out to be a driving force for the restriction of democratic rights and fundamental freedoms.

On 8th of May, the Media Programme South East Europe of the Konrad-Adenauer-Stiftung organised an online discussion in cooperation with the Center for the Study of Democracy (Sofia). Four experts from Albania, Bulgaria, Romania and Serbia as well as more than 50 participants took part.

Hendrik Sittig, Head of the Media Programme, remarked in his welcome note: "Especially in such a time of crisis, people depend on reliable and trustworthy information. Unfortunately, the current situation is further deteriorated by the frequent lack of awareness for quality journalism, interest-driven media and little trust in journalistic work as well as a low level of media literacy". 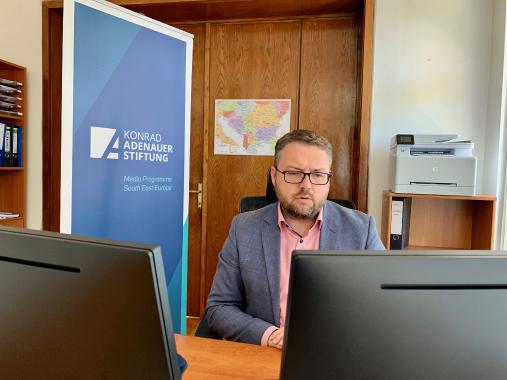 Hendrik Sittig, Head of the KAS Media Programme, at the opening 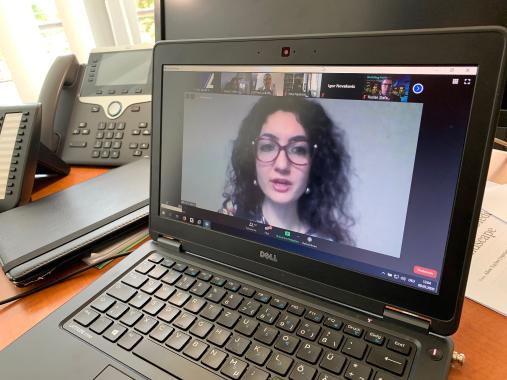 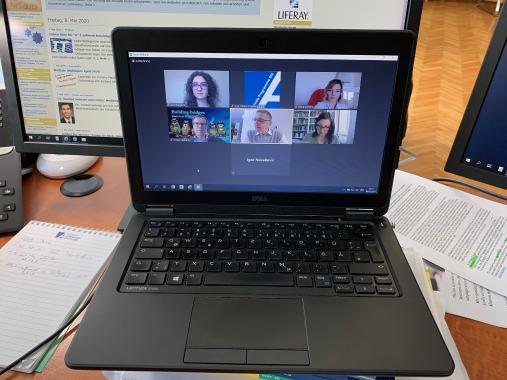 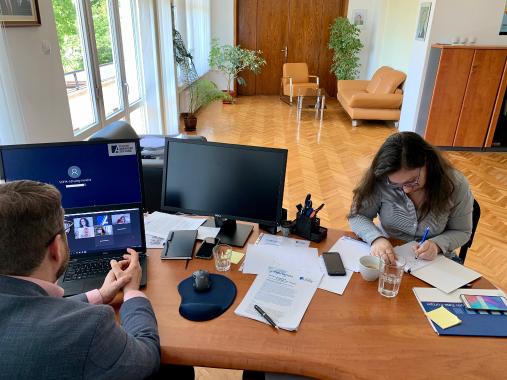 Shrinking media freedom has triggered a public call for more transparency, cooperation and solidarity within the EU. The factors that have led to this were outlined by the panellists and accompanied by a number of current examples. Emergency legislation and restrictions in conjunction with the media monopoly in the countries of South East Europe, which existed even before the pandemic, are the main factors behind the limited media freedom in times of crisis and the resulting uncertainty among journalists who report independently and critically, commented Dr. Zef Preci, Director of the Albanian Center for Economic Research, and Irina Nedeva, President of the Association of European Journalists (AEJ) in Bulgaria. These circumstances contribute to the public's growing distrust of the media and their role as a watchdog. In Serbia, according to Igor Navakovic, Research Director of the International and Security Affairs Centre (ISAC), many media are even accused of serving as an instrument of the government and its interests.

The experts agreed that the already existing grievances in the region play an eminent role in times of crisis. For example, the COVID-19 pandemic is hitting the already weak health care systems and the unstable economy in South East Europe, which is increasing the distrust in the governments, explained Elena Calistu, Director of the Romanian non-governmental organisation Funky Citizens. Economic measures which have been initiated to support private households are being questioned by citizens. "People are therefore forced to disclose personal data," said Igor Navakovic. "They fear abuse by state institutions."

Another strongly discussed topic was the handling of false news and the rising wave of disinformation. The laws and measures introduced during a state of emergency may in theory counteract disinformation and the spread of panic, but they could also quickly become an instrument of political repression and legally restrict civil rights and liberties. Irina Nedeva: "The main concern of those who believe in ethical and professional journalism is that even without the Corona crisis, penal laws will be misused to silence journalists. In dealing with false news and trying to stem the flow of false information, it becomes clear how unprepared the authorities often are. News platforms are sometimes arbitrarily classified as false and shut down, while those that actually spread false news remain unaffected by the authorities. Legal measures, which on the one hand serve to stem the flow of false news, but at the same time restrict the freedom of expression, are particularly dangerous in young democracies like the ones in South East Europe.

But the crisis has also left positive marks. Digitalisation has made great improvement in many areas and the readership of quality media has increased. Many independent media were able to prove their integrity during the numerous corona press conferences, held during the state of emergency, demonstrating their role as representatives of the public voice.

The detailed results of the online discussion will soon be published.