The Dialogue Program aims to invite six administrative experts from Asia (India, Indonesia, Vietnam) and Latin America (Chile) who are, in particular, dealing with the challenges of introducing a Circular Economy as well as the avoidance, usage, reusability, recycling and deposition of plastics. In Brussels, these experts are supposed to engage with the successful ‘European Circular Economy Action Plan’ and the ‘European Strategy for Plastics in a Circular Economy’. The program aims to introduce the experts to relevant contacts in the European institutions as well as the Civil Society to exchange best-practices. As such, the program wants to offer insights into the implementation of a Circular Economy and its related industries such as the synthetics and waste sector.
September 09 - 13, 2019

In 2015, the European Commission passed its Circular Economy Action Plan, which aimed to install a European Circular Economy, increase global competitiveness, support sustainable development and create new jobs. In 2017 then, the European Commission emphasised the challenges surrounding the production and consumption of plastics to make all plastics recyclable by the year 2030. In 2018, ‘A European Strategy for Plastics in a Circular Economy’ was passed as first EU-wide legislation tackling the problem at hand through introducing circular economy standards in plastic value chains, reusability and other recycling activities. The strategy focuses on quantifiable objectives on the EU-level and functions as a catalyst for the measures taken.

The European Commission’s evaluation of the situation in March 2019 offered substantial results in the implementation of the Circular Economy Action Plan while also outlining further challenges on the path towards a climate neutral, competitive Circular Economy which significantly aims to reduce the strain on natural resources, fresh water stocks and ecosystems. The implementation of the Action Plan has increased the transformation process towards a European Circular Economy while creating jobs in relevant sectors. With an increase of more than four million employees, this results in about 6% more jobs than in 2012.

The newly introduced Circular Economy has also created new business opportunities as well as new markets within and outside of the European Union. Activities related to the Circular Economy, such as repairs, reusability, and recycling, generated roughly 147 billion euros in added value and about 17.5 billion euros in investments in 2016 alone. This has the EU take a leading position and posits the EU as a role model for other countries for a strategic and administrative creation and implementation of the Circular Economy strategy, in particular regarding the challenges plastics present in today’s world.

Despite the recent progress, the challenges caused by plastic and plastic littering remain substantial and can only be tackled through a cooperative, global approach.

Plastic is and remains an essential and innovative synthetic which is present in our economy and everyday life. Processed plastics can be found in the textile, car, and aviation industries but also the construction sector. With the help of plastics, fuel consumption and greenhouse gases have effectively been reduced or, as in the nutritional sector, food has been made more durable and food waste reduced. Plastics help us to find quick and smart solutions to challenges in both highly technical production cycles as well as in our daily lives.

The global plastic production has increased twentyfold since the 1960s, resulting in 322 tons of plastic waste per year. The same increase has been forecasted for the next twenty years. Europe alone generates about 26 million tons of plastic waste itself, with only about 30% being collected for recycling. Estimates predict that the production and incineration of plastics result in roughly 400 million tons CO2-emissions. Moreover, plastics are often produced, used and disposed of in a way which encourages a single-use behaviour which runs counter the idea of a Circular Economy. Millions of tons of plastic ultimately end up in the seas, leading to wide-spread environmental consequences. So-called micro plastics become part of the animal and human food chains alike, resulting in a yet unknown danger to human lives.

​​​​​​​The program aims to introduce the experts to relevant contacts in the European institutions as well as the Civil Society to exchange best-practices. As such, the program wants to offer insights into the implementation of a Circular Economy and its related industries such as the synthetics and waste sector. 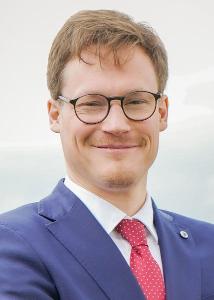