Mitigating harm through collaboration – Protection of civilians in the Sahel

Following repeated calls for more effective protection of civilians by UN mission MINUSMA, and a number of organisations working in and on the region, European Union Special Representative (EUSR) for the Sahel Ángel Losada recently stated that human rights will be amongst the top EU priorities for the region. As the EU prepares to release its renewed Sahel Strategy, we intend to unpack some of the priorities identified by the EUSR and discuss them with counterparts in the region. What has worked so far in terms of respect for human rights? What is left to tackle? How can cooperation amongst very different actors be made more efficient in order to address some of the most pressing security threats in the Sahel?
November 4, 2020 15:00 - 16:00 Clock

Human rights and protection of civilians have been high on many international and regional forces agendas in the Sahel, following evidence reports of the harmful impact of international deployments in Afghanistan, South Sudan and Iraq. In order to address such challenges, MINUSMA, the G5 Joint Force, EUTM and Operation Barkhane all have set out trainings, harm reports and response mechanisms to violations of human rights in the region. Despite the political and operational commitment however, questions still remain. The security traffic jam in the region has not been problematic for security operations only, but also for civilians, whose protection mechanisms are not harmonised amongst the different forces. Security forces such as the Malian FAMA have been found to be complicit in abuses and incidents, which raises several doubts over the effectives of their operations and calls for conditionality mechanisms to be put in place.

In this second atelier of our Sahel Security Dialogue Series we will be delving deeper into questions of protection of civilians, respect for human rights and credible and effective justice chain mechanisms.

KAS are pleased to invite you to this 1h atelier moderated by Delina Goxho, Independent Security Analyst. Vianney Bisimwa (CIVIC), Abigail Watson (Saferworld) and Doussouba Konaté (Accountability Lab) will outline the main challenges and recommendations for addressing some of the most pressing issues with regard to efficient functioning of security initiatives in the region.

The discussion will be held in English. An English-French translation will be provided. 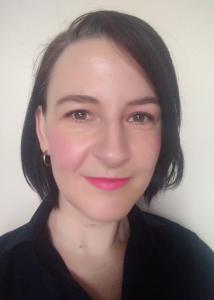 Policy Advisor Rule of Law and Security in Subsaharan Africa