Reshaped Geopolitics and the Role of the EU

The recent developments in and around Nagorno-Karabakh represent a challenge to the security architecture of Europe as a whole. While it may be tempting for the EU to dismiss the newly redrawn borders in the South Caucasus as a matter of little importance, the map of Europe has been changed by force in a matter of weeks. As with such changes previously, the consequences of that may be felt for years to come. This event is jointly organised by the German Council on Foreign Relations (DGAP) and the Multinational Policy Development Dialogue of Konrad-Adenauer-Stiftung Brussels.

Libya, Towards a War of Attrition

Four months after Khalifa Haftar and his Libyan National Army (LNA) began the offensive on Tripoli to seize control of the capital from the UN-backed Government of National Accord (GNA), Western Libya is caught in a war of attrition. The conflict has become bogged down in a stalemate on the capital's outskirts. The involvment of external forces has further fueled the conflict. Whilst the United Arab Emirates, Saudi Arabia and Egypt, have supported the LNA's military activities, Turkey, and Qatar have supported the GNA and helped the UN-backed government resist Haftar's territorial offensives. With France supportive of the LNA and Italy siding with the GNA, there has been no common EU position. UN-backed plans for elections to install a new government overseeing all of Libya have so far failed, and it remains unclear whether any of the country's well-armed factions would respect any results. According to the WHO the new conflict has left 1,093 people dead and 120,000 displaced and provoked sharp rifts within and among communities in western Libya, and deepened the divide between the eastern and western parts of the country. What are the prospects for Libya's conflict? What is the potential impact of a Libyan war of attrition on Europe? What is the role of the EU and its member states in potentially ending the conflict?

Democracy under pressure: Voices from Cambodia and Venezuela

How can the European Union support democratic change?

The European Union (EU) supports democratisation and fundamental freedoms in partner countries worldwide. Through political dialogue, the mainstreaming of democratic principles and specific development programmes, the EU seeks to support reform processes and democratic institution building in order to encourage political pluralism. Yet in many countries, the EU is confronted with a lack of democratic accountability and political checks and balances, a steady weakening of democratic institutions by ruling governments and a resulting decline in political rights for all. While Cambodia is experiencing an ongoing erosion of democratic foundations and high levels of corruption, Venezuela is amid a multidimensional crisis of ongoing human rights violations, the erosion of the rule of law and the dismantlement of democratic institutions. By providing first hand insights from these two countries, this closed-door debate will discuss opportunities for democratic developments in Cambodia and Venezuela and analyse how EU efforts can better support democratic change in a country-specific context.

The Dialogue Program aims to invite six administrative experts from Asia (India, Indonesia, Vietnam) and Latin America (Chile) who are, in particular, dealing with the challenges of introducing a Circular Economy as well as the avoidance, usage, reusability, recycling and deposition of plastics. In Brussels, these experts are supposed to engage with the successful ‘European Circular Economy Action Plan’ and the ‘European Strategy for Plastics in a Circular Economy’. The program aims to introduce the experts to relevant contacts in the European institutions as well as the Civil Society to exchange best-practices. As such, the program wants to offer insights into the implementation of a Circular Economy and its related industries such as the synthetics and waste sector.

Opportunities for international cooperation in preview of COP 24

The conference brings together international stakeholders from political and civil society level to discuss and evaluate Europe's position on the future political direction towards climate action and energy in view of COP24.

China and Russia in the EU’s Neighbourhood: A Threat for Integration and Democracy?

Russia and China are using their power and a variety of tools to extend their influence in the EU’s neighborhood. What interests do they have? The aim of the expert conference is to analyze their regional strategies in the EU’s immediate neighborhood

The role of religious actors in conflict prevention, management and resolution

The current example of Cameroon

The event’s objective is to create an overview regarding the state of religious actors in conflict management in the context of the current political situation in Cameroon and the country´s presidential elections on 7th of October. 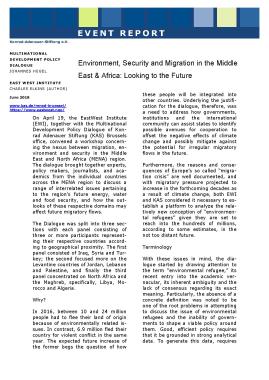 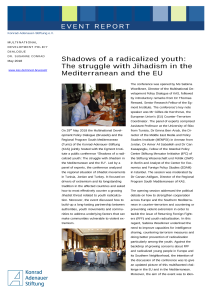 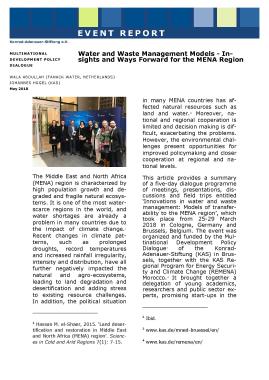 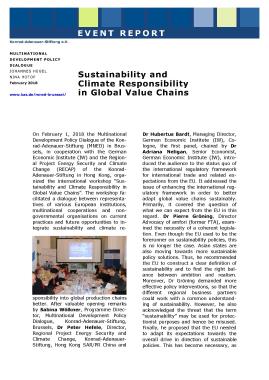 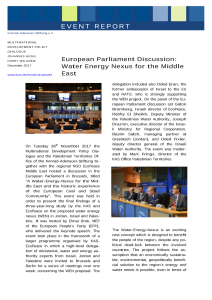 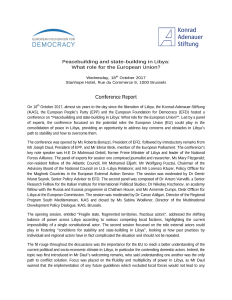 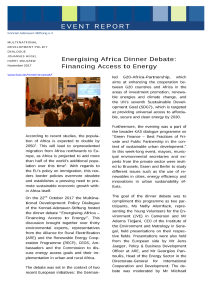 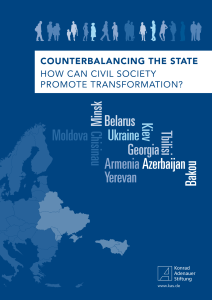 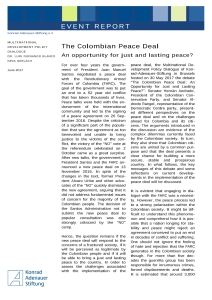 An opportunity for just and lasting peace?

This report summarizes the key messages drawn from the debate "The Colombian Peace Deal: An opportunity for just and lasting peace?", held in Brussels on 30 May 2017, and presents some reflections on current developments in the implementation of the peace deal between the Colombian government and the FARC.AUTHORS: Dr. Luis Blanco & Nina Gerlach 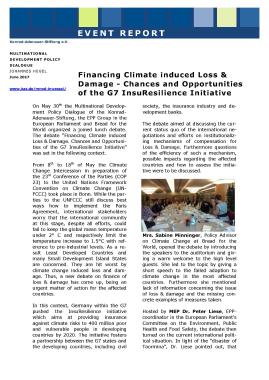 Chances and opportunities of the G7 InsuResilience initiative

The Multinational Development Policy Dialogue of the Konrad-Adenauer-Stiftung organised together with Bread for the World and the EPP group in the European Parliament the expert lunch discussion: “Financing climate induced loss & damage - Chances and opportunities of the G7 InsuResilience initiative” on 30th of May 2017 in Brussels. The report gives an overview of the discussed topics and results of the debate.