The UN Security Council Resolution 1325, which was adopted in October 2000, called for the first time for an active role of women in peace-building processes in a mandatory form under international law; this includes also the integration of gender perspectives in peace missions, the integration of women in programmes regarding demobilization and reintegration and the special acceptance of women’s rights (especially protection from sexual violence).
April 2, 2012 Ordering Information 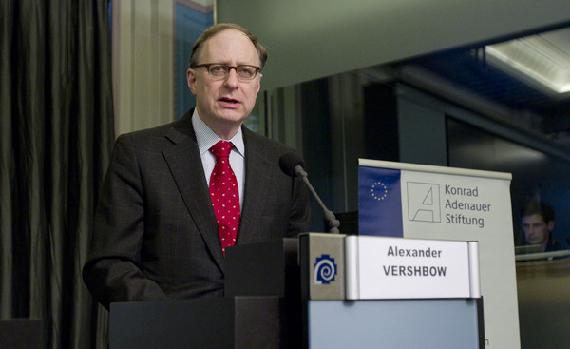 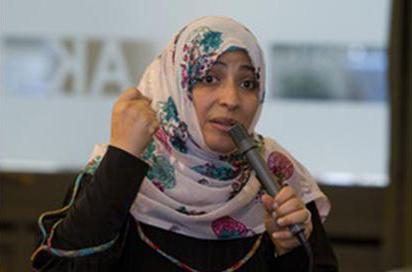 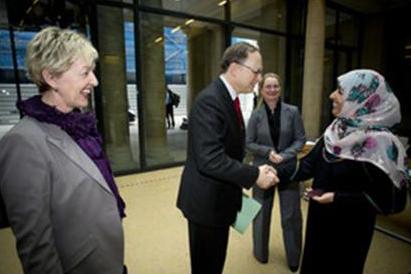 The conference, a cooperation between NATO and the Multinational Dialogue on Development Policy of Konrad-Adenauer-Stiftung (MNED-KAS), evaluated the implementation of UNSCR in the context of the Arab Spring. Main topics were the role of women in transition processes, the ongoing violations of their rights and the observed tendencies of regression. Stakeholders from multilateral Organisations such as NATO, EU and AU discussed furthermore the progresses and challenges of the implementation of UNSCR 1325 in international peace missions in operative military matters as well as in civilian missions (CSDP).

The Nobel Peace Prize Laureate Tawakkol Karman from Yemen, who opened the conference, together with 16 women’s rights activist from Morocco, Tunisia, Libya, Jordan and Egypt required a stronger participation of women in peace talks and subsequent political processes. In her opening speech Tawakkol Karman underlined that even the UN’s personnel policy concerning high ranking posts does not comply with its own standards. ”Neither has a women been appointed Secretary General of the United Nations yet, nor are women sufficiently represented on the level of Special Representatives of the Secretary General.” The Arabic transition process has shown that the initial triggering actors – Women and a disenchanted Youth – have not played a role in the following elections anymore, and rather an elite-recycling can be observed.

Using the example of Syria the Nobel Peace Prize Laureate pointed out the responsibility of the international community to protect the civilian population and in particular women and children, “the International Community has to walk the talk”.

The women’s rights activists from the MENA region agreed in their analysis to the assessment that accomplishments of the past are being questioned again today, referring to culture, tradition and religion. Also a subtle regression in the adherence to women’s rights seems to be perceptible.

In his final remarks, Ambassador Alexander Vershbouw, Deputy Secretary General of NATO, underlined the importance of NATO’s engagement for the implementation of UNSCR 1325 and highlighted the necessity of an active role of women, who finally represent half of the world’s population, in conflict management.

The implementation of UNSCR 1325 on women, peace and security in the countries of North Africa and the Middle East