Changes in the Arctic Security Landscape

Security implications for the North

Two round-tables discuss pressing security policy issues and challenges in the Arctic as well as the cooperation between Arctic and non-Arctic countries.
August 28 - 30, 2018

The high strategic importance of the Arctic remains unchanged because of natural resources and geostrategic implications. During times of increasing great power rivalries and globalization, changes of the political situation of the Arctic have direct impact on security architectures elsewhere. For this particular reason, effective cooperation between Arctic and non-Arctic states ensures stability not only within the Arctic region but also for other potentially conflicting areas. The round-table discussion, as part of the regional project Nordic countries from the foundation Konrad-Adenauer-Stiftung in cooperation with Arctic Frontier and the University of Tromsø, debates current and future security challenges in the North as well as fostering cooperation between Arctic and non-Arctic countries to avoid confrontation.

High ranking experts from Europe and Canada are participating to discuss these questions within the first Arctic security forum of the KAS. 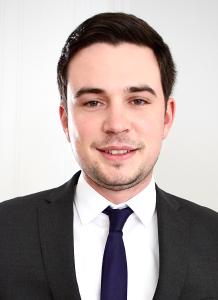