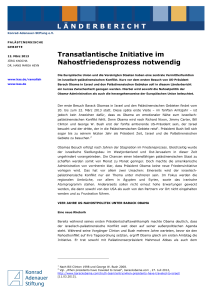 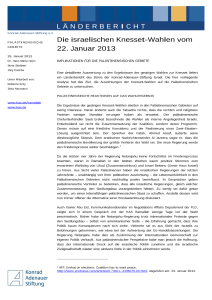 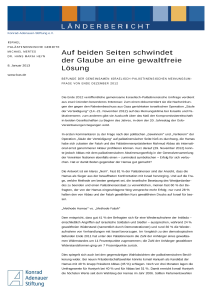 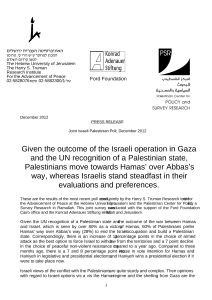 Almost two thirds do not believe in a final status settlement

Given the outcome of the Israeli operation in Gaza and the UN recognition of a Palestinian state, Palestinians move towards Hamas’ over Abbas’s way, whereas Israelis stand steadfast in their evaluations and preferences.

Two major developments preceded the conduct of the poll: (1) the Gaza war between Hamas and Israel followed by a ceasefire, a visit by Khalid Mish’al to the Gaza Strip, and Hamas’ celebration of victory in the war on the occasion of its launch, (2) the submission of a Palestinian request for the upgrading of the status of Palestine to a non-member state at the UN, the vote at the General Assembly on the request with 138 countries voting in favor, and the return of president Mahmoud Abbas to the West Bank amid public celebrations in support of his UN bid. 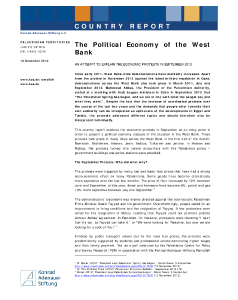 The political economy of the West Bank

An attempt to explain the economic protests in September 2012

Since 2011, West Bank-wide demonstrations have markedly increased. Apartfrom the protest in November 2012 against the latest military escalation in Gaza,demonstrations across the West Bank also took place in March 2011, July andSeptember 2012. Mahmoud Abbas, the President of the PalestinianAuthority, stated at a meeting with Arab League ministers in Cairo in September2012 that “The Palestinian Spring has begun, and we are in line with what thepeople say and what they want”. 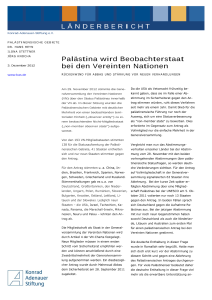 On 29 November, the President of the Palestinian National Authority, Mahmoud Abbas, is going to ask the United Nations General Assembly to upgrade the status of the Palestinian Territories to non-member observer state. This step could boost efforts for the international recognition of a State of Palestine after last year's failed bid for full membership at the UN, yet the initiative also contains political risks.

The Gaza crisis has been closely monitored by the world, but for Palestinians it became a reason for bipartisan solidarity that was visible in demonstrations inside the West Bank, East Jerusalem, Palestinian refugee camps in neighboring Arab countries and worldwide. 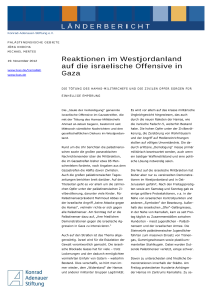