State of Emergency and Withdrawal of Nationality in France: How Disruptive these are of the Principles of Human Rights

The Institute of Law (IOL) at Birzeit University cordially invited to attend the lecture "The State of Emergency and Withdrawal of Nationality in France: How Disruptive these are of the Principles of Human Rights".
February 15, 2016 14.00 - 16.00 Clock

The panel discussion „The State of Emergency and Withdrawal of Nationality in France: How Disruptive these are of the Principles of Human Rights“ took place on 15th February 2016 at Birzeit University. The event was part of the “Legal Encounter” series, which the Institute of Law, in partnership with the Konrad-Adenauer-Stiftung, regularly hosts.

The panel discussion was well-attended by students, professors and lawyers and focused on the current debate in France whether to extend the state of emergency for three more months and to amend the constitution. The two professors for political science and public law, Raphaël Porteilla and Philippe Icard from the University of Burgundy, explained that this issue is a result of the Paris attacks on November 13, 2015. According to the two professors, more security is probably to cause more restrictions of civil rights and liberties, as for example the right to demonstrate. Although the consent to the prolongation of state of emergency is very high amongst the French population, Porteilla and Icard asserted that one has to discuss the balance between freedom and security.

Independently of the prolongation of the state of emergency, which the national parliament has passed this week, France discusses to amend the constitution containing the state of emergency. Moreover, as both scientist explained, condemned terrorists could face the withdrawal of their French nationality. 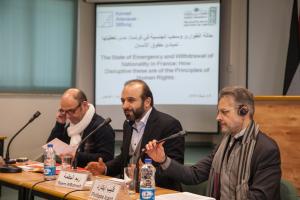 Konrad-Adenauer-Stiftung Ramallah
Panel discussion with Raphaël Porteilla (left) and Philippe Icard (right) from the University of Burgund in France, here with Reem al Batmah from the Institute of Law (IoL) at Birzeit University

Konrad-Adenauer-Stiftung Ramallah
The two speakers discussed the current debate within France about prolonging the state of Emergency and amending the constitution. 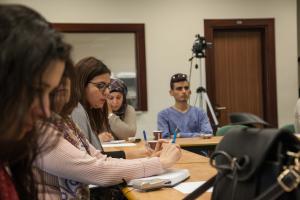 Konrad-Adenauer-Stiftung Ramallah
The event was visited by students, professors and lawyers. 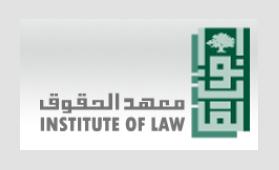