Junior diplomats from the Palestinian Territories visiting Berlin and Brussels

Meeting with Members of the European Parliament and the German Bundestag

Seven Palestinian junior diplomats visited Brussels and Berlin following an invitation by the Konrad-Adenauer-Stiftung (KAS). The visit, which was organised by the Domestic Programmes Team in cooperation with the foundation’s external offices in Ramallah and Brussels, provided the Palestinian diplomats with the opportunity to speak with Members of the European Parliament, such as the chairman of the KAS Hans-Gert Pöttering, MEP and with Members of the German Parliament.
September 28, 2012 Ordering Information

Will Palestine be recognized as a “non-member observer state” by the United Nations, similarly to the Vatican, as President of the Palestinian National Authority Mahmud Abbas demanded on 27 September 2012 in front of the United Nations plenary assembly in New York? Will the Palestinians get closer to a peace agreement with the State of Israel and the two-state solution by diplomatic means?

The seven Palestinian junior diplomats, who visited Brussels and Berlin following an invitation by the Konrad-Adenauer-Stiftung this week, expressed a particular interest and cautious optimism with regard to the question of a two-state solution. Due to the Israeli settlement policy, the Palestinians would be forced towards a “one-state-solution” against their will. They expect the Europeans to bring more political pressure to bear in this regard. The Palestinian junior diplomats cited population forecasts according to which, if Israeli settlement activity continued at the current pace, the number of Israeli residents in the occupied West Bank would soon equal the number of Palestinian inhabitants in the territory. Another major problem preoccupying the minds of West Bank Palestinians is the increasing phenomenon of settler violence, which they see themselves helplessly exposed to. As for this problem, too, they hope for help and support from the European Union.

The programme gave the Palestinian diplomats – in most cases for the first time – the opportunity to speak with Members of the European Parliament, such as the chairman of the Konrad-Adenauer-Stiftung Hans-Gert Pöttering, MEP and of the German Parliament, as well as with the chairman of the parliamentary group on the Arabic-language states Joachim Hörster, MB. Visits to the European Commission, the Council of Europe and the Federal Assembly were also part of the programme, as were discussions with European and Middle East experts of German and European think tanks.

By means of this visit, the Palestinian junior diplomats deepened their knowledge of European and German institutions and current political challenges.

In Ramallah, the Konrad-Adenauer-Stiftung supports the training of diplomats through its cooperation with the Ibrahim Abu-Lughod Institute of International Studies at the Palestinian Birzeit University, where all of the participating junior diplomats received their training.

Within the framework of this cooperation, a course entitled “European Union: History, Law and Institutions” was established for the master’s programme in International Studies. 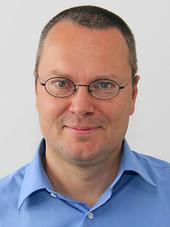