On Thursday, 13 December 2012, the Birzeit University held a symposium on „European Union: History, Law and Institutions“ in cooperation with the Konrad Adenauer Foundation Ramallah, in which students of the Ibrahim Abu-Lughod Institute of International Studies (IALIIS) presented and discussed their papers prepared for a module on the European Union.
December 13, 2012 Ordering Information

The half-day symposium was conducted by Mister Roger Heacock, professor of history at the IALIIS. Six outstanding students of the institute presented their research papers in two sessions, which dealt with various aspects of EU foreign policy, ranging from the European Union’s position on Israeli settlement products via its relations with other global actors such as China and the United States to current European challenges such as the debt crisis, the common foreign and security policy, and Arab emigration to Europe. The presentations were followed by academic and professional EU-experts – among them Marc Franco, former head of the European Commission delegation in Cairo, and Gianmatteo Arena, current EU coordinating officer for the Palestinian police – commenting on the papers. The experts gave constructive criticism as to the methodology and conclusions of the papers as well as their presentations and discussed various questions and issues regarding the EU’s external relations that had been raised. After each session, the audience had the opportunity to comment on or ask questions with regard to the presentations. There was a particular interest in the trade of the EU and its member states with Israeli settlements in the West Bank, a highly controversial and currently hotly debated issue. The innovative idea to have students present their research papers in public, discuss them and receive feedback and comments from experts, thus actively including them in the academic discourse, proved quite successful. 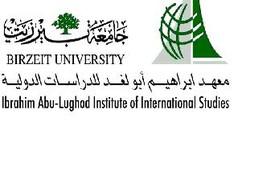