A convention that allows Economics students from all over the country to associate, listen and interact with experts, the government, business sector, academe, and civil society.
March 05 - 06, 2010

Organized by Angelo King Institute for Economic and Business Studies of the De La Salle University and the Konrad-Adenauer-Stiftung (KAS).

The Young Economists’ Convention (YEC) was held last March 5-6, 2010 at the College of Saint Benilde Hotel. This year, more than 300 students and resource speakers focused their discussion on Recovery, Development and Social Market Economy as a timely response to the different problems resulting from national conditions in the Philippines and the financial crisis of the years 2008 / 2009. Considered as one of the alternatives in recovering the economic condition of the country, Social Market Economy and its implications was the focus.

As a keynote speaker, Dr. Peter Köppinger, Resident Representative of KAS, presented Social Market Economy as a key element of a Centrist Policy Agenda in the Philippines.

Social Market Economy (SME) is a value-based system hinged on the dignity of human beings as the core value in the Christian philosophy. It is a success in Germany. However, the question lies on its suitability to provide principles and guidelines for economic success and social peace in Asian countries and solve the problems of low productivity, lack of competitiveness, poverty and social injustice in the Philippines.

Dr. Köppinger observed that the political order of the Philippines is built on the same key value as the concept of a Social Market Economy which is the dignity of human beings. Also, the socio-economic order of the country consists both of the idea of a free market and of social policies and instruments based partly on private, religious or humanitarian initiatives and partly on state regulations and projects.

The actual problems in the socio-economic order of the Philippines cannot be solved within a very short time. With a much more realistic understanding of human nature and society than liberal/capitalist groups or left-wing socialist groups, the centrist/Christian-democratic movement can follow the orientation and guidelines of the Social Market Economy concept in addressing these problems.

Issues and implications of the Social Market Economy

Mr. Antonio Asper, Executive Assistant on External Affairs of the Federation of Free Workers, said that SME is a transplantable concept whose application is subject to existing conditions and changing circumstances.

The Philippines would have to transform its Booty Capitalist State to a Social State dismantling political dynasties, creating a credible Electoral System, strengthening Political Party System including Party List representation and Local Government Units or move towards a federal state and parliamentary form of government. There must be a constitutional, legal and institutional order mandating greater involvement of the state in reorganizing the social system and administering a coherent economic and social policy.

On the other hand, Mr. Aaron de Leon from Green Team 2010 showed how the recent economic downturns have affected Philippine demographics through macroeconomic indicators. He came up with certain success conditions for the Social Market Economy: reliable framework, strong, but subsidiary State, independent media, independence and willingness of the economic actors to compromise.

Applicability of the Social Market Economy to the Philippine Setting

Dr. Gerardo Largoza, Deputy Executive Director of the Angelo King Institute for Economics and Business Studies, said that there is an obvious truth ignored by the Filipinos - inequality. He said that the mindset of policies designed to abate inequality is currently voluntary. To strengthen equality, adapting SME’s requirement of real competition may be a viable option.

On labor provisions, it affirms the role of labor as a primary social economic force; while in the private sector, it recognizes indispensable role of private sector, encourages private enterprises, and provides incentives to needed investments; private persons and groups have the right to own and operate economic enterprises; and with people’s organizations, it encourages non-governmental, community-based or sectoral organizations that promote the welfare of the nation.

Representative of the Konrad-Adenauer-Stiftung in the Philippines 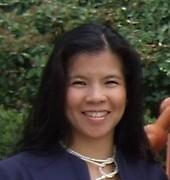 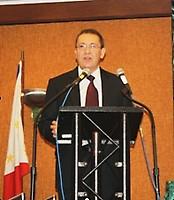