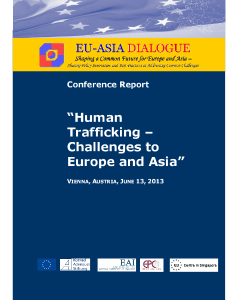 On 13 June, 2013, the EU-Asia Dialogue project organized an International Workshop on “Human Trafficking – Challenges to Europe and Asia” in Vienna, Austria. The event was implemented in cooperation with the Diplomatic Academy in Vienna. 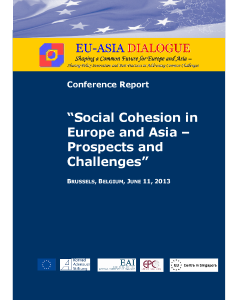 Social Cohesion in Europe and Asia – Prospects and Challenges

On 11 June, 2013, an International Workshop on “Social Cohesion in Europe and Asia – Prospects and Challenges” took place in Brussels, Belgium. The event was part of the "EU-Asia Dialogue"-project. 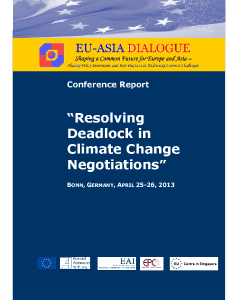 As part of the "EU-Asia Dialogue", the Konrad-Adenauer-Stiftung organized a Policy Dialogue on Climate Change Diplomacy on April 25 and 26, 2013, in Bonn, Germany. Representatives of several international organizations and experts from both continents analyzed the possibility to achieve a new global climate framework by 2015. 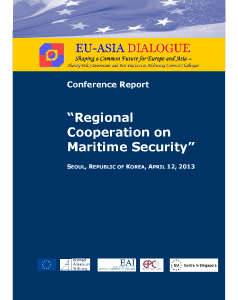 On 12 April 2013, a Policy Conference on “Regional Cooperation on Maritime Security” took place in Seoul, Republic of Korea. The conference was co-organized by The Sea Lanes of Communication Study Group – Korea and part of the "EU-Asia Dialogue"-project. 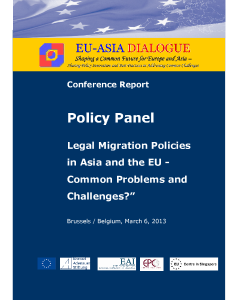 Legal Migration Policies in Asia and the EU - Common Problems and Challenges?

On March 6, 2013, the EU-Asia Dialogue organized a Policy Panel on Migration “Legal Migration Policies in Asia and the EU - Common Problems and Challenges?” in Brussels / Belgium. 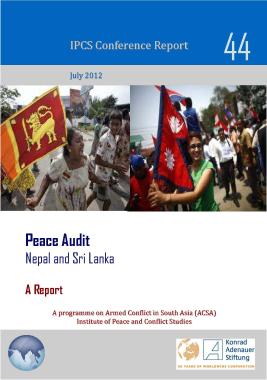 In June 2012 the Regional Programme SAARC of Konrad-Adenauer-Stiftung and the Institute of Peace and Conflict Studies (IPCS) convened a workshop series to monitor the ongoing peace processes in South Asia - The Peace Audit South Asia. The following study comprises the results of the first expert dialogue held on Nepal and Sri Lanka. 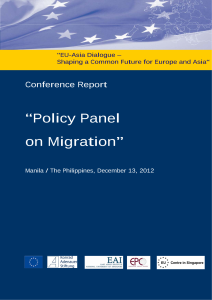 As part of the EU-Asia Dialogue, the Konrad-Adenauer-Stiftung organized a “Policy Panel on Migration” on December 13, 2012, in Manila, the Philippines. Experts, academics and policy-makers from both continents discussed legal frameworks and best practices on governing migration. 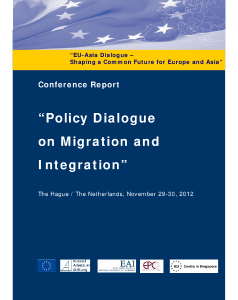 On 29 and 30 November 2012, a “Policy Dialogue on Migration and Integration” of the EU-Asia Dialogue took place in The Hague, the Netherlands. The event was held at the Ministry of Security and Justice of the Netherlands. International experts, researcher and policy-makers discussed opportunities for closer cooperation between the European Union and Asia with respect to migration and integration policies. 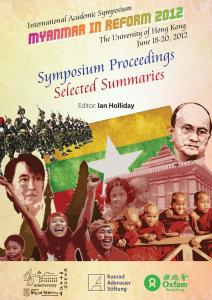 From 18-20 June, the University of Hong Kong convened an internationalacademic symposium on Myanmar with additional sponsorship from the Konrad-Adenauer-Stiftung and Oxfam.The symposium brought together some of the most eminent scholars in the fieldas well as seasoned practitioners, politicians and diplomats. Changing trends inMyanmar scholarship were reflected both in the increasing number of Burmeseparticipants, including from the ethnic minorities, as well as in novel approachesto studying the country.... 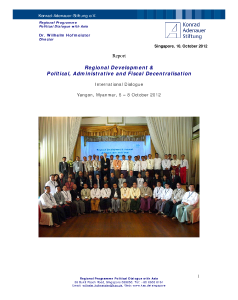 Myanmar’s new constitution, which came into effect with the inauguration of the Parliament in January 2011, has designed a new system of political, administrative and fiscal decentralization. The Constitution stipulates the territorial division into seven regions, seven states of ethnic minorities, six self-administered zones and the capital Naypyidaw as union territory. Moreover, citizens in the 14 regions and states elected for the first time regional parliaments that enjoy broad competences. However, the process of political, administrative, fiscal decentralization has not yet really begun.