In the face of common challenges posed by rising energy demands, both EU and China have recognized the importance of joint efforts on energy security. The workshop will discuss cooperation between China and the EU on a broad range of energy issues.
March 10 - 12, 2016 9.00 - 18.00 Clock

Energy security - regional and global - is one of the strategic pillars of the EU-China 2020 Agenda. Hence the implementation of a roadmap for EU-China energy cooperation is important and has to sped up in order to come to concrete results in the fields of energy legislation, policy and formulation of standards. Six priority areas have been identified for cooperation in energy issues: renewable energy, smart grids, clean coal, nuclear energy, energy efficiency in buildings and energy legislation.

Against this backdrop talented young graduates and professionals from China, Asia and Europe meet in a joint conference of KAS and the Academic association for Contemporary European Studies (UACES), a long-term partner of KAS in PR China, and Polytechnical University Hong Kong.

Among others they will discuss the following issues: What are the future sources of energy? Could China's ambitious Silk Road Initiative help satisfy China's demand for energy? Can closer cooperation between the EU and Asia foster energy security and progress in climate change? How do Asian and European cities cooperate and share best practices concerning energy policy and sustainable development?

In 2013, President Xi Jinping has introduced the ‘New Silk Road’ concept which aims to improve the connectivity between Asia and Europe. One of the key objectives is to increase the access to energy sources. Regarding this issue, the EU has not defined a strategy yet. Furthermore, the experience of the United States with shale gas has attracted interest in Europe and China. Shale gas extraction could lower China’s dependence on coal and thereby cut greenhouse gas emissions. On the other hand, the EU could benefit from reduced volatility in global gas markets.

In the era of rapid globalisation, regions and municipalities are re-claiming their historic role of being important actors in international politics. Today, global cities are important economic hubs which create innovation but also consume a lot of energy. Cities seek to source and interconnect the best solutions for mobility, sustainable energy consumption, and space utilisation, offering a great place to live and work, despite rising population density. A more constructive involvement of regional and municipal actors in energy policy and climate change is not clearly defined yet. 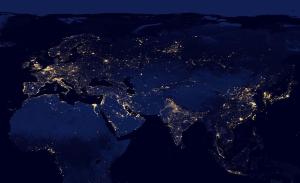 Linking Europe and Asia together 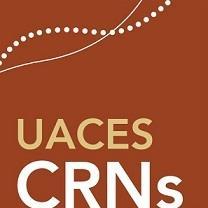