Transition to electricity generation by renewable energy sources is posing not only new opportunities as well as challenges to the electricity industry. The workshop will discuss obstacles for renewable-energy development in different countries.
February 21 - 23, 2016

Electricity industry has been in transition since the early 1990s. In the first two decades, the transition focused on restructuring the industry through ownership reform (via commercialisation and corporatisation), structural reform (via unbundling and creating an electricity market), and regulatory reform. Since the early 2000s, development of renewable sources of electricity generation has been gaining greater momentum across developed and developing countries, initially driven by energy security concerns, and increasingly by a growing desire to reduce electricity production- and consumption-related greenhouse gas emissions, and by technological advances. Rapid expansion of renewable sources of electricity generation presents some serious, and sometimes even disruptive, challenges for the industry and its key players.

4.Public policy – public demand for and acceptance of electricity transition, and the pressures government faces in managing this transition.

In the two-day workshop organized by KAS RECAP, experts in the electricity industry from eight countries namely Australia, Britain, China, Germany, India, Indonesia, South Korea and Sweden will discuss these challenges in the countries and provide a comparison, given they are large and small, developed and developing countries, countries with and without resources. An edited book and a journal are expected to be produced at the end of the workshop. 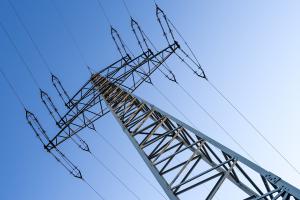 Renewables and Electricity Transition to the 21st Century