COP21 highlighted the need of global coordination in climate politics. A workshop organised by KAS RECAP and the Institute of Governance for Sustainability, Tongji University Shanghai, will discuss new ways of cooperation.
October 27 - 28, 2016 08.45 - 18.30 Clock

The Paris Climate Conference COP21 set a milestone in climate governance by encouraging higher ambitions in climate change mitigation and adaption, by better responding to scientific findings, and by catalyzing climate action beyond the traditional realm of international negotiation processes. COP21, however, will not be enough to stabilize the Earth’s climate system as current pledges by governments around the world still set us on course towards disastrous climate change.

The continued urgency of preventing climate change beyond 2 degrees prompts the question, how global climate governance can become more effective.

The conference will bring together leading climate researchers and experts from various disciplines and diverse perspectives on the future global climate governance to reflect the key post-Paris challenges. It will in particular discuss possible contributions and ideas for effective governance from two of the most influential players in global climate governance, the EU and China. In an effort to uncover new pathways for Sino-European scientific and political collaboration, both common and diverging perspectives need to be taken into account when striving for a success.

The conference will be structured around three propositions that help to define progressive links between global climate governance and policy-making on the national level after Paris.

Global climate governance after Paris should

Around the world, cities, regions, businesses, and civil society groups act on climate change mitigation and adaptation. Many actions have been featured in formal global governance processes, in particular the UNFCCC. They have been presented as good practices, as scalable solutions, and as contributions to national targets. However, engagement of transnational actions in international climate governance has largely remained ad-hoc, and their contributions remain unmeasured. To maximize the potential non-state and subnational action-networks, global climate governance after Paris must engage transnational actors meaningfully and on the long-term.While the scientific evidence of climate change and its disruptive effects is mounting, the role of sciences within global climate governance should be strengthened. Global climate governance after Paris should therefore improve the dialog between politics and science. Governing towards a climate-resilient and low-carbon future raises questions about the role of scientific expertise in shaping both technical and social solutions and futures. In particular, the role of scientific proposals for and remaking societies and transnational relations should be constructively considered.Climate change often leads to irreversible changes across different geopolitical and socio-economic systems and requires system-crossing responses. Global climate governance after Paris should better address linkages and feedback loops across physical, ecological, social, economic and political systems, and articulate innovative reponses to interlinked challenges. The role of innovations for both mitigation and adaption needs to be seen as not only purely technical or economical, but also as social and political projects. This integrative view is a precondition to develop and employ innovations both within countries and across borders.

The conference aims not only to deepen our understanding of these themes and their underlying dynamics. Its goal is to sketch out a common way forward, drafting a joint position paper that pinpoints new pathways for European-Chinese collaboration in global climate governance. 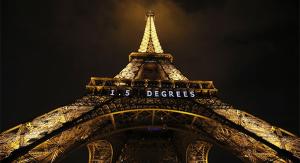