The Future of Global Energy Security in the Age of Digitalization

The future of energy security in the age of digitalisation has become a hot topic in the Asia-Pacific region as well as globally. What are the impacts on energy systems in an ever-growing digitalised world? How can we predict and forecast energy demand as disruptive forces and megatrends continue to shape the future energy landscape? Based on a recent study by Dr Frank Umbach, Research Director at EUCERS London, an international workshop was held in Singapore by KAS RECAP in collaboration with the Singaporean- German Chamber of Industry and Commerce.
September 13, 2018 Ordering Information 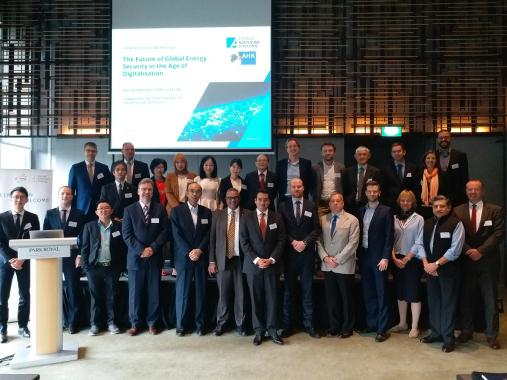 Experts from all over the world came to discuss The Future of Global Energy Security in the Age of Digitalization. 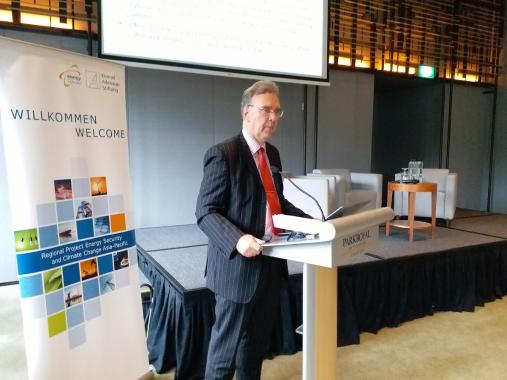 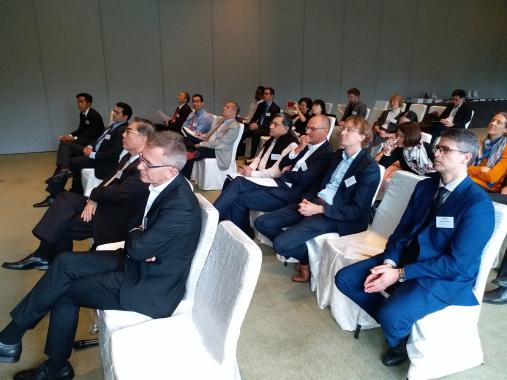 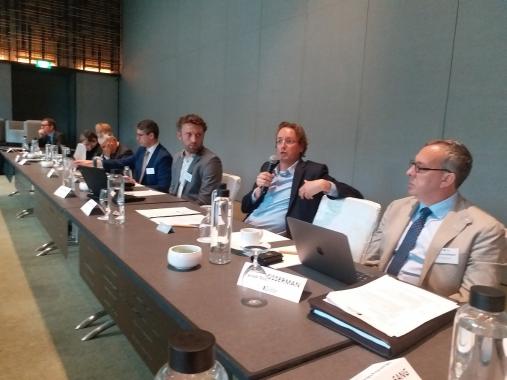 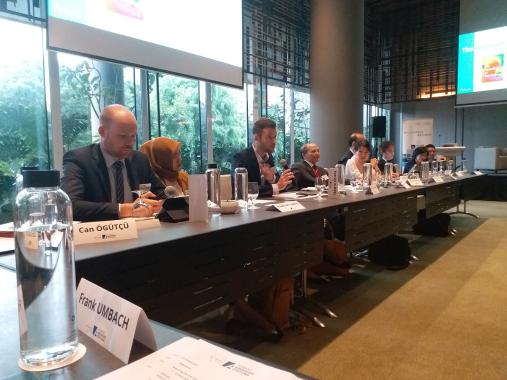 Q&A discussion followed each of the sessions between the experts. 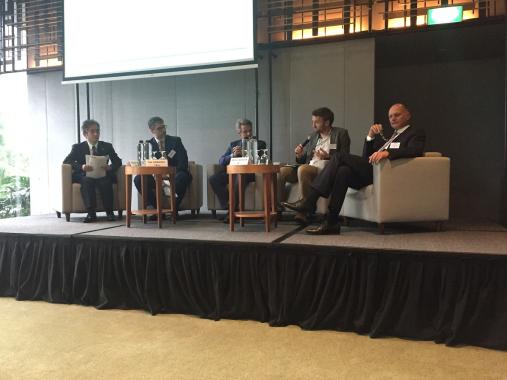 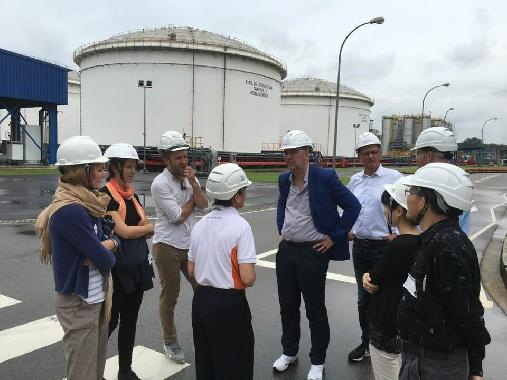 The workshop facilitated a dialogue between experts from various Asian and European institutions, multinational cooperations and non-governmental organisations on current issues of global energy security, climate change and an increasingly digitalised world. The presentations and discussions were based on Dr Frank Umbach’s study “Energy Security in a Digitalized World and its Geostrategic Implications.” The study looks at how global energy systems are currently undergoing tremendous challenges. The energy transition looks towards a non-fossil fuel future, which can be best described along three, mutually reinforcing strategic trends: Decarbonisation, digitalisation and decentralisation. Digitalization, in particular, has manifold impacts on energy suppliers, distributors and consumers as it provides new opportunities for efficiency and sustainability. However, digitalisation also, unfortunately, increases security threats, i.e. on critical infrastructure.

In an initial public discussion, Dr Umbach and H.E. Ambassador-at-large, ONG Keng Yong, Singapore, discussed the changing geopolitical landscape and its effects on energy and raw material supply. The rise of renewables and further digitalisation will massively reshape traditional power structures and require new forms of cooperation and governance regimes.

The first session led by Professor Shreekant Gupta, Delhi School of Economics/India, focused on the topic “Global Energy Megatrends: from Scarcity to Abundance?” The ongoing energy transition from fossil fuel energies towards renewable energies raises the question of whether we might see a secular move from scarcity to abundance. A point that kept emerging during the discussions was how main characteristics of the energy sector are changing, such as the digitalisation of energy utilities and power sectors (e.g. smart grids and smart metering). In addition, with China being the most important actor in the future of energy security and climate change, the current energy transition in China was also discussed. The country has been continuously moving towards renewables such as solar energy and reducing its greenhouse emission through the increased use of E-Bikes and bicycles, but also through the introduction of carbon pricing. Lastly, the geopolitical implications were also touched upon such as a shift to more competitive markets regarding energy supply through “prosumers” and increasingly decentralised energy production. Other implications included the potential sovereignty issues and a struggle over infrastructure ownership by the creation of trans-border super grids.

The second session was led by Mr Brad Glosserman/ Tama University Japan and looked at the topic “Rising New Cyber Security Threats: Protecting Critical Energy Infrastructure.” Cybersecurity is not keeping up with the rapid technological developments in the energy sector. Companies in the United States can take up to 100 days to realise that there has been a digital security breach; in Asia, this may even take more than a year. The threat from hackers is a pressing issue as often these attacks have cascading effects especially if deployed on complex energy distribution or production systems. The magnitude of these effects will increase as more digitalised and “smart” systems create more access points for state and non-state hackers.

The final session looked at the idea “Digitalisation and Decarbonisation: Coping with Disruptive Developments” and was led by Shani Nadhilah from the ASEAN Center for Energy, Jakarta/Indonesia. This section focused on how structural changes due to disruptive forces and megatrends have made it difficult to forecast future energy demands. Some of these changes include the rise of technology giants such as Apple, Amazon and Google, which now evolve into competitors in energy-related services. In shifting to renewable energy sources, fossil fuel companies such as Shell and BP have bought Electrical Vehicle (EV) charging station suppliers and invest in green energy. Further electrification might unleash a new phase of transformations in the power sector, for which existing companies are ill-prepared. The key areas to reduce this susceptibility to disruption lie in a) increasing efficiency of cost, asset and labor b) performance of revenue and profit; and c) enhances innovation and R&D. 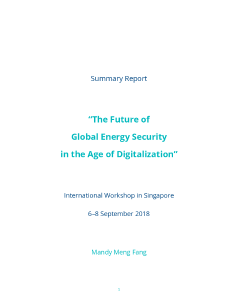 The Future of Global Energy Security in the Age of Digitalization