Conference of the KAS Legal Alumni in Asia on the Legal Issues of Food, Water and Resource Security

by Gisela Elsner
Former Asian recipients of the KAS scholarship programmes in the field of law met in Hong Kong on 23 to 26 November 2015 for their annual workshop, which has now become a tradition. This year’s seventeen participants from China, Korea, Cambodia and Vietnam are currently working in various areas of the law, as lawyers and notaries, academics at universities and other institutes and in the government agencies of their countries.
December 8, 2015 Ordering Information 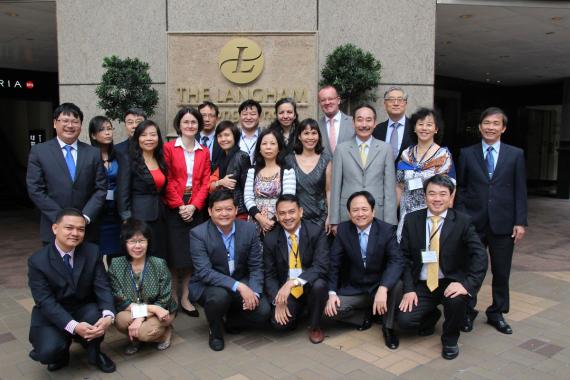 Rule of Law Programme Asia\r\nKonrad-Adenauer-Stiftung Ltd
KAS Alumni lawyers from Cambodia,China, Korea and Vietnam, together with Dr. Peter Hefele, Director of the KAS Regional Project on Energy Security and Climate Change in the Asia-Pacific ("RECAP") (last row, 2nd from the right) and Dr. Maria Julia Trombetta, expert in climate policy at the University of Nottingham, Ningbo/PR China (3rd from the right). 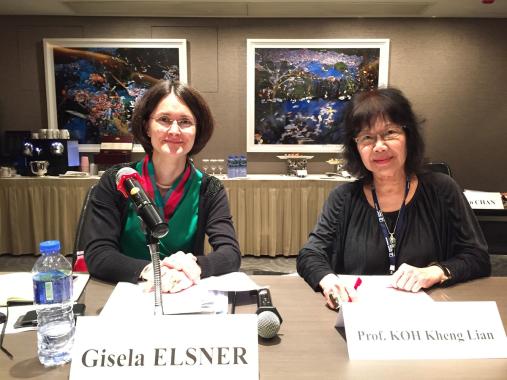 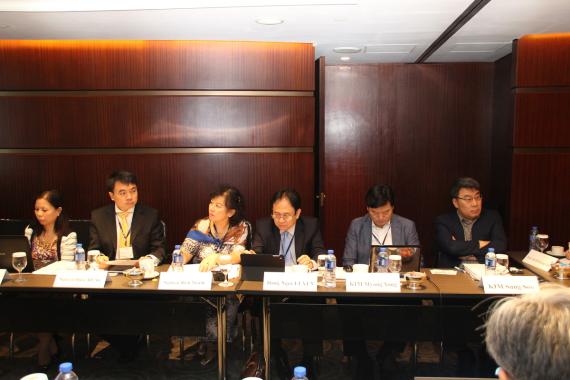 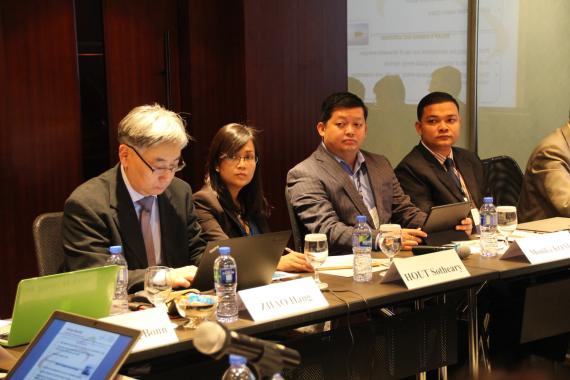 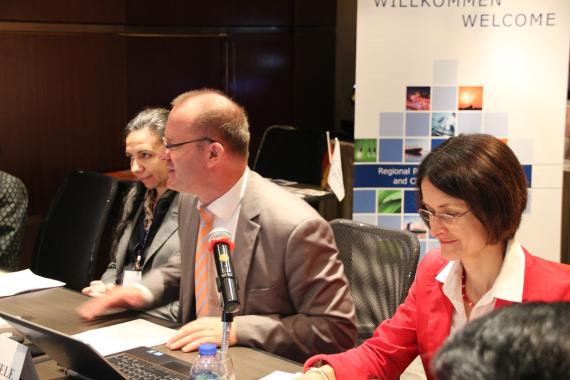 Rule of Law Programme Asia\r\nKonrad-Adenauer-Stiftung Ltd
Dr. Peter Hefele, Director of the KAS Regional Project on Energy Security and Climate Change Asia-Pacific, gave a brief introductory outline of the challenges facing the region. To his right is Dr. Maria Julia Trombetta from the University of Nottingham in Ningbo, People's Republic of China. 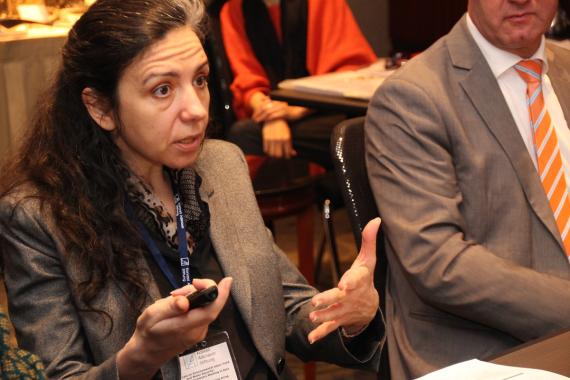 Rule of Law Programme Asia\r\nKonrad-Adenauer-Stiftung Ltd
Dr. Maria Julia Trombetta, expert in climate policy at the University of Nottingham in Ningbo, People's Republic of China, highlighting some of the key considerations of energy supply in relation to security policy.

Shortly before the start of the World Climate Conference in Paris, legal issues with respect to food and water security from national, regional and international perspectives were highlighted.

In her introductory talk, Dr. Koh Kheng Lian, Professor Emerita, honorary director and co-founder of the Asia-Pacific Centre for Environmental Law (APCEL) at the National University of Singapore, presented the legal framework for food and water security in the Association of Southeast Asian Nations (ASEAN). She emphasised that it is necessary to prepare as much as possible for the uncertainty of climate change developments, especially in the areas of food and water, by adopting a regional approach as well.

The strengthening of democratic institutions, as supported by KAS, constituted an essential element in this regard. The increasing consciousness of the significance of the subject, both as an issue of security policy – with an emphasis on bio-terrorism – and as a trigger for migration, would have to be converted into the political will to act and then further translated into an improvement in the capacity to react on all levels.

The alumni contributions on the situation in their home countries dealt with, among other issues: the effectiveness of existing regulations on food safety, increasing consumer awareness of food quality, the importance of water management for sustained development of a country and the environmental consequences of major infrastructure projects, such as the construction of dams. To cite an example from Vietnam, the reports achieved political immediacy when, just one day before the adoption of a new criminal code in Vietnam, the head of the Working Group on Reform in the Vietnamese Ministry of Justice presented the new provisions for environmental criminal law contained in the proposed code.

In the course of discussions, it became clear that there were indeed an increasing number of laws. However, their implementation often failed, due to the lack of political will and the pursuit of profit-making at any price, which is often still seen as a priority. The absence, or inadequacy of state agencies to implement the regulations constitute an obstacle to success, and this can also be the result of responsibility shared among multiple institutions, without any clear demarcation of jurisdiction. One participant summed it up as follows: “We have laws, but we don’t have the rule of law.”

The legal considerations were further expounded upon on the third day, by placing them in the context of a discussion on the broader topic of "Energy and Resource Security.” For this purpose, the KAS Regional Project on “Energy Security and Climate Change Asia-Pacific” (RECAP), which was newly established in Hong Kong in early 2015, organized a lecture and discussion forum. Dr. Peter Hefele, the Director of RECAP, presented a brief introductory outline of the challenges facing the region.

In her lecture, Dr. Maria Julia Trombetta, an expert in climate policy at the University of Nottingham in Ningbo/PR China, illustrated the complex dynamics of a secure energy supply. In this regard, we mostly think of supply security, but for a “vital” and sustainable energy system, demand security is also of major importance, as the conversion to renewable energy sources shows, for example. Moreover, in recent decades what is referred to as "securitization", or the consideration of energy supply with regard to security policy aspects beyond supply and demand, has played an ever-stronger role. This has also determined market and power relationships in the energy and raw material markets to a considerable extent.

Dr. Hefele supplemented this analysis by discussing certain aspects which may arise for companies with regard to future resource security. Thus, there remains a considerable forecast risk with regard to availability and market structures. By cooperating with political organisations, the companies should take further steps to commit themselves to global energy and resource governance.

Three former students used the examples of China, Vietnam and Korea to envisage the current and future prospects for energy and raw material resources in individual Asian countries. China would like to decrease its dependence upon coal and reduce the vulnerability of its maritime transportation routes by means of new overland gas supply. Vietnam expects to triple its energy needs by 2020 and is making a rapid expansion of generation capacity its priority. As for Korea, it imports 97 per cent of its energy. This northeast Asian industrial nation would like to increase the share of power that it produces for itself, and the contribution of nuclear energy is currently under vigorous debate.

In the closing discussions, the participants contrasted the differing approaches and points of view espoused by their countries and commented on planned measures. From a legal standpoint, they pointed out that the right of each individual to an appropriate energy supply, development and protection of livelihoods must be sustainably balanced against each other. The alumni reached the conclusion that the complex subject of resource and energy security challenges the legal system of a country on many levels.

The Rule of Law and Environmental Issues: Food and Water Security