Digital for climate: the web as a lever of influence for the climate. - Regional Programme Energy Security and Climate Change in Middle East and North Africa

Digital for climate: the web as a lever of influence for the climate.

Moroccan social influencers celebrate Earth Day and engage in climate action and awareness around its themes and issues. 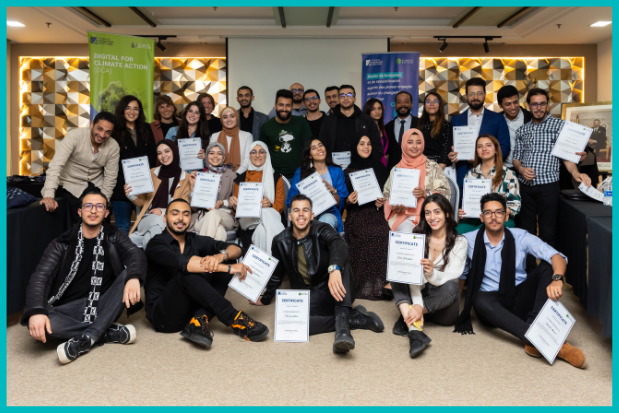 As part of the celebration of International Earth Day, KAS Remena brought together the community of young Moroccan influencers in different fields: content creators, influencers on social media, influencers in civil society, journalists and artists. The objective was to raise awareness about the importance of climate change and energy transition and the use of the web as a lever to mobilize young people to increase their interest in these topics neglected by traditional communication channels. The event took place over two days during which participants exchanged their best practices in terms of influential communication and creation of content sensitive to climate change issues.

The first workshop was dedicated to the concept of "sustainable living", through which participants discovered a new philosophy of life based on reducing personal and societal impact on the environment through positive actions of behavioral change that can respond to the dangers of climate change phenomena as well as other adverse effects on the environment. The objective is to raise awareness of the importance of reducing individual carbon borrowing in order to adopt responsible behavior, with all participants being seen as role models by millions of citizens.

To this end, the second workshop focused on techniques to influence the general public to ensure the desired effect. Through a series of exercises and simulations, the participants discovered ways to produce digital content focused on reducing the massive use of resources and thus prevent any damage related to human activity and its environmental impact.

Science, Research and Technology Media Policy, Freedom of the Press and Freedom of Expression