Seminar to discuss the future of the fishing sector in Mauritania, one of the most important in the world. 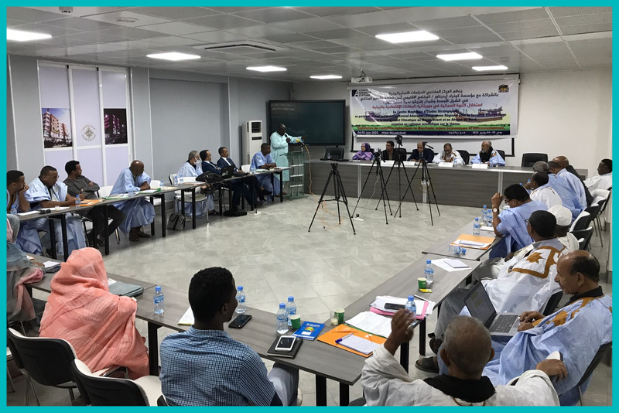 The fishing sector in Mauritania is one of the most important strategic sectors of the country's economy, for its role in creating wealth, stimulating employment and contributing to food security, although it has not yet been properly exploited for the benefit of the national economy. The Mauritanian coastline extends over a maritime frontage of 720 km on the Atlantic Ocean, from the mouth of the Senegal River to the summit of the Tête Blanche, over a width of 200 nautical miles, representing the exclusive economic zone, with an area of 234,000 km² with a continental cliff of 234 km². With 39,000 km², this area is one of the richest in the world in terms of abundance, diversity and commercial importance; it has 600 species of fish, of which 200 are commercially exploitable, and a scientific team from the Mauritanian Institute of Oceanic Research and Fisheries concluded that the exploitable potential of the fishery resources of the exclusive economic zone of Mauritania is about 180,000 tons of different fish species.

The Maghreb Center for Strategic Studies organized a seminar, in partnership with the Konrad Adenauer Foundation REMENA, under the theme: "Exploitation of Mauritanian fisheries: economic and environmental challenges", from June 4 to 5, 2022 in Nouakchott. The seminar was conducted along the following lines: