Principles of Rule of Law in Criminal Trials

In the context of a 10-day study trip on "Principles of Rule of Law in Criminal Trials", five lawyers from the KAS-Rule of Law Programs had the opportunity to get an idea of theory and practice of criminal trial in Germany.
October 07 - 16, 2007

An efficient legal system based on rule of law principles is the core element of any democratic system. Accordingly, the Konrad-Adenauer-Stiftung runs transnational sector programs for the promotion of rule of law (so-called Rule of Law Programs) - complementary to its work on a national level - in all regions of the world where the Stiftung aims at fostering democracy.

Pioneer project in this respect is the Rule of Law Program Latin America, run by especially assigned staff in Montevideo and Mexico City. 15 years after its foundation in the year 1991, it has become a groundbreaking trademark of the Stiftung's international work. Following its example, further Rule of Law Programs (RLP) have been initiated with separate offices and program directors: the RLP for Sub-Saharan Africa based in Nairobi in January 2006 and the RLP South East Europe based in Bucharest in April 2006. Finally, the RLP Asia based in Singapore started off in July 2006.

With our work on rule of law, we advocate primarily also for an effective protection of fundamental and human rights. Special importance is being ascribed to procedural law, in particular to criminal procedural law as the level which constitutional law substantiates on. In some of the countries of the abovementioned project regions, the criminal trial as such has been reformed in the passed years. The relevant laws now need to be implemented and an efficient cooperation among the actors needs to be achieved with the purpose of abolishing impunity whilst simultaneously respecting elemental procedural laws. In many other countries of the project regions the reform and modernization of criminal procedural law is urgently due.

Complementary to the measures being carried out by the Stiftung to this purpose in the abovementioned regions, five especially chosen jurists (multipliers) shall have the opportunity to gain immediate insight in theory and practice of German criminal trial during their study trip while they are furthermore supposed to swap ideas on potential reform strategies with the participants from the other continents. After their return, they are supposed to advocate for a change of awareness or for legal reforms in their regions of origin. 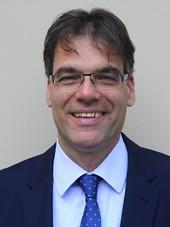 Head of the Department Latin America