On the 14th of October 2019, the Regional Programme Gulf States hosted a workshop in Brussels on the relations between the European Union (EU) and the Gulf Cooperation Council (GCC). Attended by experts, scholars and officials from Gulf States, Europe and the US, this workshop took place under Chatham House Rules. In the following, we summarize the debate and main outcomes. 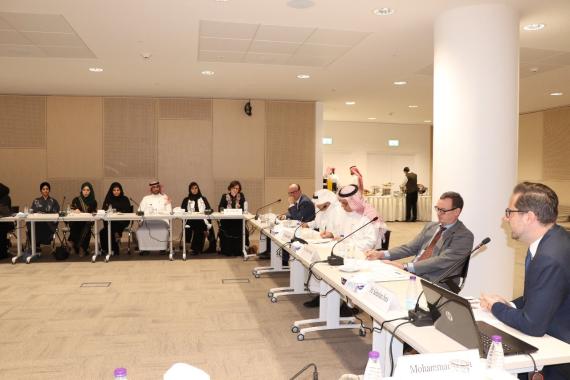 Saudi-Arabia and Germany: Perceptions and Future Potential for Cooperation

On September 16, 2019, the Regional Programme Gulf States in cooperation with the Prince Saud Al Faisal Institute for Diplomatic Studies (IfDS), the think tank of the Saudi Foreign Ministry, hosted a roundtable in Riyadh: "Germany and Saudi Arabia. Perceptions and Future Potential for Cooperation". This was the second such cooperation event; the first roundtable between the Regional Programme Gulf States and the IfDS took place in 2018. 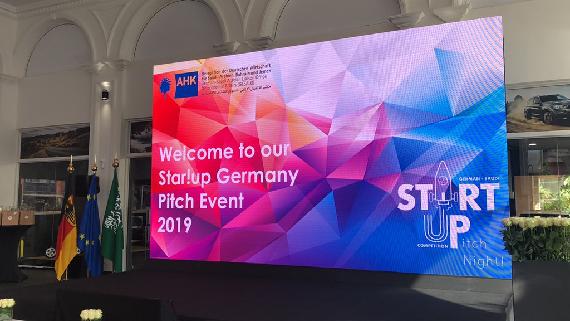 Start.Up! Germany – Bringing entrepreneurs from the Kingdom of Saudi-Arabia to Germany

The number of startups in Saudi Arabia is growing steadily and is actively promoted under the Saudi Vision 2030. One goal of the Vision is to diversify the Saudi economy and in particular to enable young people and women to participate in the economy by helping them to set up their own businesses. 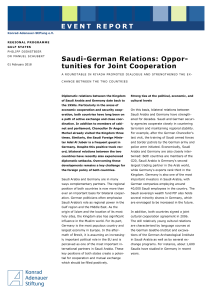 Diplomatic relations between the Kingdom of Saudi Arabia and Germany date back to the 1950s. Particularly in the areas of economic cooperation and security cooperation, both countries have long been on a path of active exchange and close coordination. Despite this positive track record, bilateral relations between the two countries have recently also experienced diplomatic setbacks. Overcoming these developments remains a key challenge for the foreign policy of both countries. 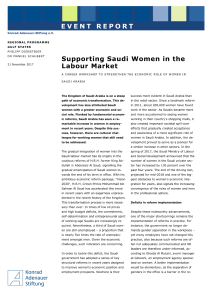 The Kingdom of Saudi Arabia is on a steep path of economic transformation. This development has also attributed Saudi women with a greater economic and social role. Flanked by fundamental economic reforms, Saudi Arabia has seen a remarkable increase in women in employment in recent years. Despite this success, however, there are cultural challenges for working women that still need to be addressed. 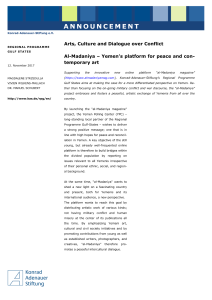 Arts, Culture and Dialogue over Conflict 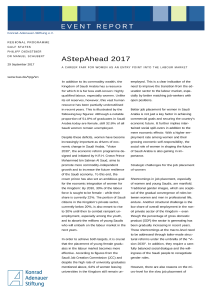 In addition to its commodity wealth, the Kingdom of Saudi Arabia has a resource for which it is far less well-known: highly qualified labour, especially women. Unlike its oil reserves, however, this vast human resource has been partially underutilized in recent years. This is illustrated by the following key figures: Although a notable proportion of 51.8% of graduates in Saudi Arabia today are female, still 32.8% of all Saudi women remain unemployed.

Establishment of sector-wide networks for civil society organizations in Kuwait

The Second and Third Event of the PACE Workshop Series

Non-governmental organizations (NGOs) have always been the driving force behind social transformation and have made a significant contribution in Kuwait, especially in the face of current economic and social challenges. Nevertheless, the sector lacks visibility towards other actors, which adversely affects the legitimacy of NGOs and their ability to defend civic interests. Networks and collaboration between the organizations promise a great potential to improve this situation, as civil society actors could jointly better position themselves.

Saudi Arabia is a key state in a region which is marked by instability and conflict. The Kingdom just recently proved its influence: Several Gulf States, led by Saudi Arabia, cut their diplomatic ties with Qatar. The Saudi Foreign Minister H.E. Al Jubeir spoke about various topics at Konrad-Adenauer-Stiftung in Berlin: the difficult relations of Saudi Arabia to the State of Qatar, to the Islamic Republic of Iran, but also about the good relationship to the US. 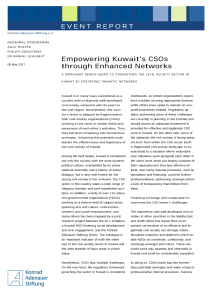 Kuwait is in many ways exceptional as a country with a relatively well-developed civil society compared with its peers in the Gulf region. Nevertheless, the country’s sector is plagued by fragmentation. Still, civil society organizations (CSOs) working in the same or similar fields lack awareness of each other’s activities. Thus, they fall short of tapping into tremendous synergies. Unlocking this potential could bolster the effectiveness and legitimacy of the civil society of Kuwait.