On invitation of the Regional Program Gulf-States of the Konrad-Adenauer-Stiftung Mr. Burkhard Balz, German Member of the European Parliament and Member of the Economic and Monetary Affairs Committee, spoke at a seminar on ‘European Union’s Current Innovations in Financial Market Policy’at INSEAD’s Abu Dhabi campus. The seminar is part of the series of INSEAD Policy Breakfast’s held in Abu Dhabi, which allows leaders from the region to discuss current policy issues.
February 23, 2011 Ordering Information 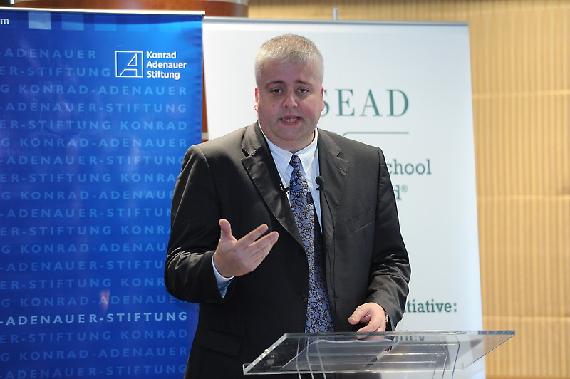 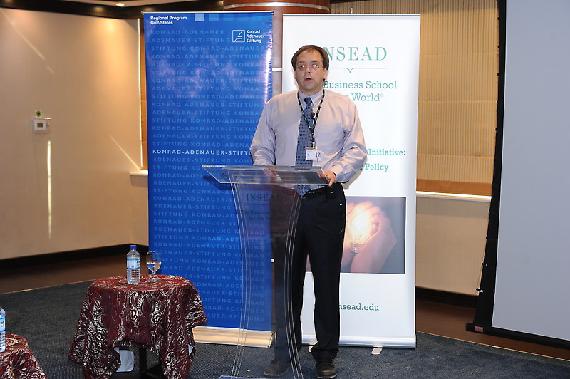 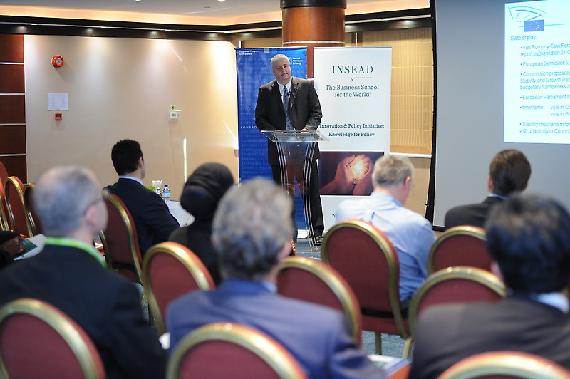 The event was attended by a diverse audience from private, public and academic sectors. 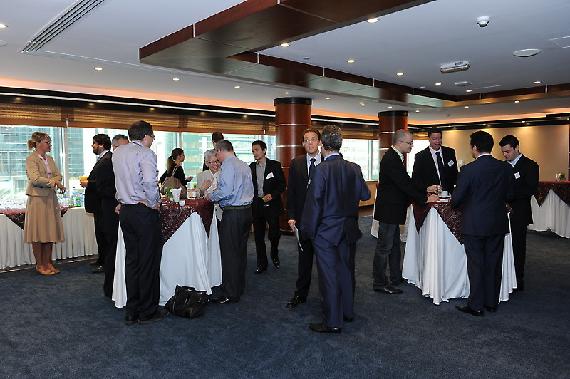 The policy breakfast at INSEAD offered a good opportunity for networking.

Mr. Burkhard Balz presented an insightful analysis on the “EU's Current Innovations in Financial Market Policy”, which was followed by a discussion and an open Q&A session. Mr. Balz outlined how the European Union reinforced its governance structure and supervisory architecture and described the ongoing measures to fill regulatory loopholes in the sectoral legislation.

“Politicians, supervisory authorities and business leaders are obliged to find quick and adequate answers to build a more credible and reliable governance system in financial supervision,” said Burkhard Balz. He highlighted Europe’s leading emerging role in the development of new regulatory structures for the financial systems. “The European Union put forward completely new regulation on alternative investment fund management, short selling and derivatives. We are reliant on other countries to follow and that includes the rising financial centres in the Arab World of Abu Dhabi and Dubai”, continued Mr Balz.

Thomas Birringer, Regional Representative to the Gulf-States of the Konrad-Adenauer-Stiftung, stated: “It is important to understand that regulatory decisions in Europe are mainly made on a European level rather than by individual national institutions. With financial markets so narrowly intertwined a regional approach is indispensable.”

Dr. Sami Mahroum, Executive and Research Director of INSEAD’s Innovation and Policy Initiative, commented: “While too much innovation in the financial sector might have caused the recent troubles in the first place, innovative regulation for this sector might help overcoming these challenges”.

Mr. Balz pointed to the common ideas in the EU and the UAE, as expressed in remarks by H.E. Sultan bin Nasser Al-Suwaidi, Governor of the Central Bank of the United Arab Emirates. Mr. Balz said: “When speaking about a regulatory partnership for sustained growth in the Middle East, H.E. Al-Suwaidi expressed his appreciation for European ideas. As a regulatory response to the global financial crisis the national banking laws and their application should be further aligned across the GCC states to achieve a more coherent supervisory approach”.

The event was attended by a diverse audience from private, public and academic sectors. The policy breakfasts are a series of early morning seminars that focus on current policy issues through the lenses of academics and practitioners in industry and government. The series is aimed at professionals concerned with government policy.