by Gidon Windecker
Twelve talented young journalists from the Sultanate of Oman have visited Berlin in early October to attend a Study and Dialogue Programme in the German capital. The goal of the seminar was to foster the participants' journalistic skills and to offer them an insight into Germany's political system and media landscape. The programme was organised by the KAS Team for Interior Programmes and the Regional Programme Gulf States in cooperation with KAS Journalist Academy (JONA).
October 18, 2012 Ordering Information 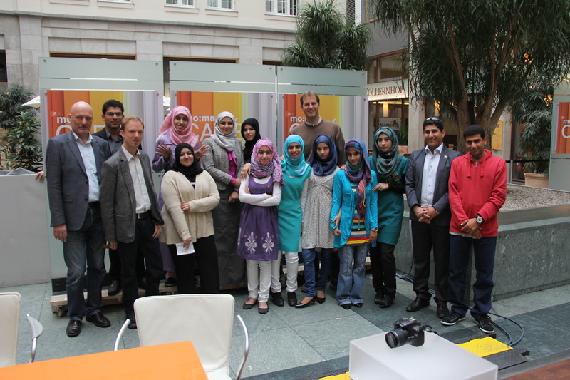 Jona Berlin Oman
Discussion after the show: With Wulf Schmiese, host (left) and Jürgen Burmeister, editor-in-chief of the "Morgenmagazin". 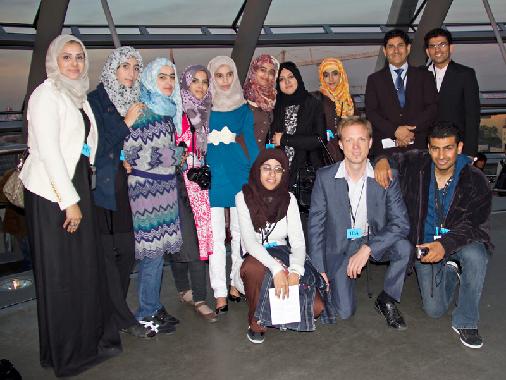 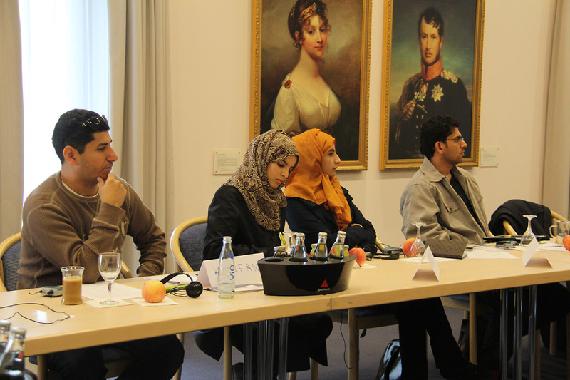 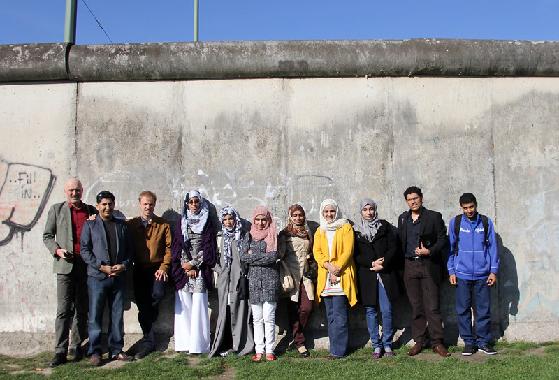 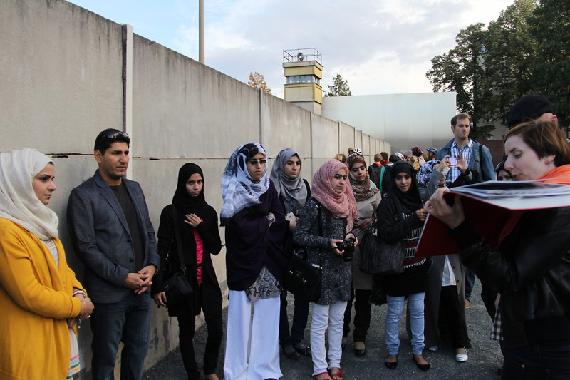 Jona Berlin Oman
The group in front of the "Tagesspiegel" office, together with political editor Dagmar Dehmer. 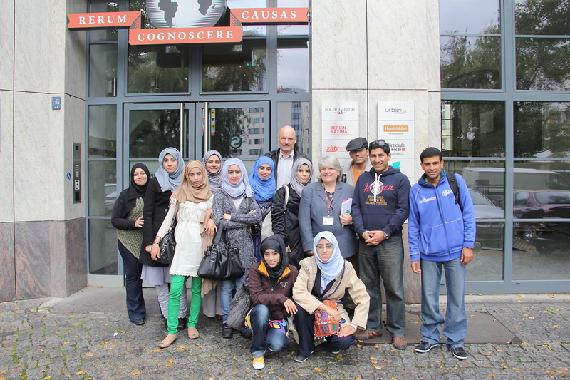 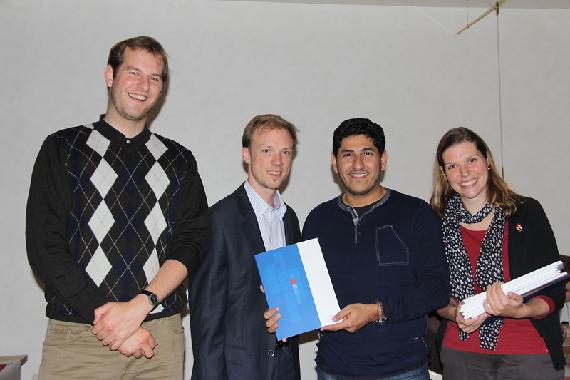 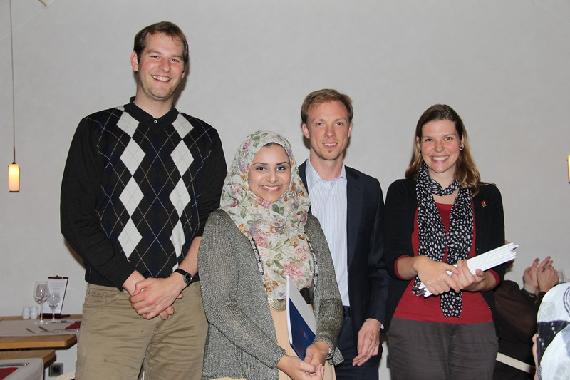 The journey began on 30th September: Project Manager Dr. Gidon Windecker and Jochen Markett (JONA) welcomed the predominantly female participants at Tegel Airport. Among them were the mentors Khalfan Al Toqi and Abeer Al Maamari from Sultan Qaboos University (SQU). Both of them contributed significantly to the planning and successful implementation of the seminar.

The main focus of the one-week programme was a number of visits to media institutions and discussions with German experts. In this way, the young journalists became acquainted with the role and responsibilities of the media in the Federal Republic of Germany. The group visited the Federal Press Office, the Berlin School of Journalism, the local newspaper “Tagesspiegel” and Germany's international broadcaster “Deutsche Welle” TV. Moreover, they had the opportunity to attend the morning show “Morgenmagazin” of German Channel 2 (ZDF) live at the TV studio. Interpreter Gert Himmler guaranteed a smooth exchange of ideas and knowledge beyond language barriers.

In the course of lectures and discussions, the young journalists demonstrated extraordinary enthusiasm and articulation. Through competent questions and comments, they shared their insights and highly impressed the German experts. For many of them, this was the first trip abroad. In their own words, the conversations have broadened their personal horizon and opened up new perspectives on their profession. Moreover, their journalistic skills have greatly benefitted from their experiences in Germany.

In addition, the group members vividly discussed similarities and differences between German and Omani politics and society beyond political boundaries. Abeer Al Maamari (SQU) expressed her personal contentment with the exchange of knowledge and culture, as well as with the positive influence of the seminar on her students and their communication skills.

The participants repeatedly emphasised how much they had benefitted and how inspired they felt by the German political system, the media and the work of Konrad-Adenauer-Stiftung. Moreover, they expressed the intention to apply their newly acquired skills and knowledge back home. Two female participants suggested initiating a similar programme in Oman. On behalf of the university, Khalfan Al Toqi thanked KAS for the seminar and emphasised the significance of the Foundation’s work in the region.

To date, KAS Regional Programme Gulf States and JONA have hosted five journalism training courses in the Gulf region. In March 2012, the first seminar in Oman was held with freelance journalist and former KAS scholarship holder Anne Allmeling, in cooperation with the Sultan Qaboos University's Department for Mass Media. Additional seminars are being planned. 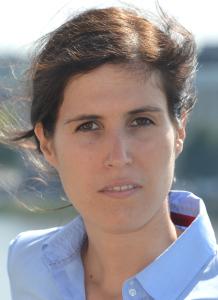