In cooperation with ARTD and the University Mohammed V Agdal, Rabat, the Rule of Law Program of Konrad Adenauer Foundation is organizing an international colloquium from the 16th until the 17th of June in Rabat, Morocco.
June 16 - 17, 2015

The rationale behind such an international constitutional court emanates from the nature of democracy itself: Does democracy gain its legitimacy from the interaction between different legal systems on which democratic theory reposes in the first place? Furthermore, is democracy really superior to other regimes and is it better adapted to tolerance and political change than other forms of government?

To answer these questions and to promote a debate on the creation of an international constitutional court, the Konrad Adenauer Foundation, Association pour la recherche sur la transition démocratique (ARTD) and the University Mohammed V Agdal, Rabat are inviting scholars, politicians and legal experts from Morocco, Tunisia, Algeria, Egypt, Lebanon as well as international scholars from France, Germany, Canada, Mexico, Portugal and Brazil for a two-day colloquium in Rabat, Morocco from June 17 until 18, 2015. The participants will discuss the feasibility of the creation of an international constitutional court.

The colloquium is the third episode of a series of conferences addressing the creation of an International Constitutional Court in further details. Two conferences have been so far organized in May 2013 and June 2014 in Tunis in partnership with the Presidency of the Tunisian Republic, the International Institute for Democracy and Electoral Assistance (IDEA) and KAS Beirut/ Tunis. 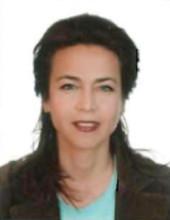