CONSTITUTIONAL COURT: BETWEEN THE LAW AND POLITICS 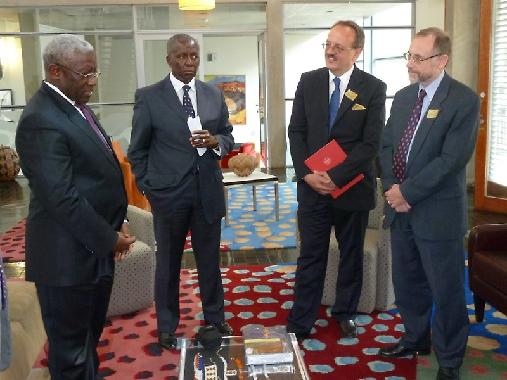 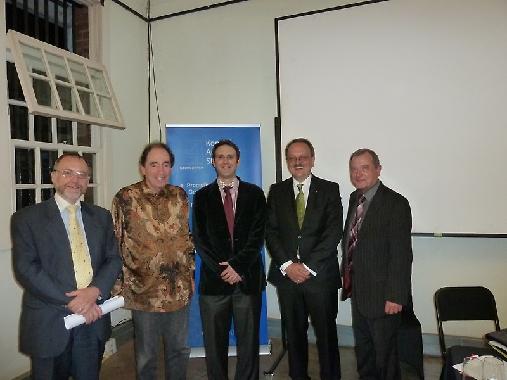 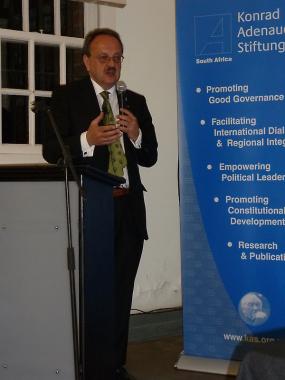 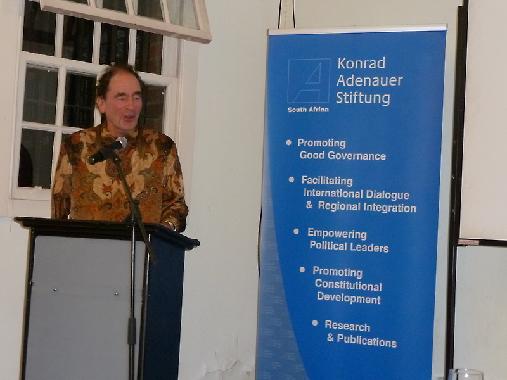 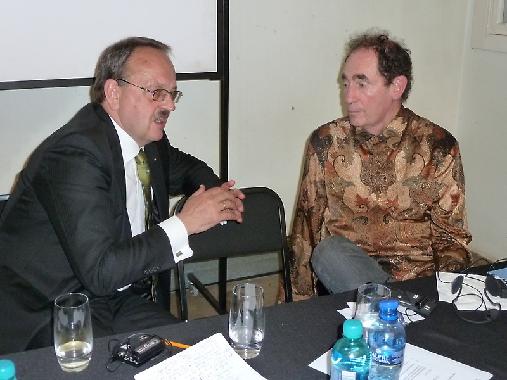 They were welcomed in a reception by the President of the Court, Chief Justice Sandile Ngcobo and all 11 judges of the court. The judges showed themselves very interested in a continued cooperation with the German Federal Constitutional Court whose President they invited for a visit and the Konrad Adenauer Stiftung (Foundation). Prof. Roschmann presented the Court with the book:”60 Years German Basic Law: The German Constitution and its Court” which is published by the Konrad Adenauer Stiftung (Foundation) and publicizes the landmark decisions of the German Court in the last 60 years.

CONSTITUTIONAL COURT: BETWEEN THE LAW AND POLITICS

Justice Landau explained the difficult position of the German Federal Constitutional Court between the law and politics and its mandate to focus on the interpretation of the constitution. Justice Sachs explained the role of the South African Constitutional Court by elaborating on its evolution in the emergence of the New South African Republic, citing a number of prominent and at the same time difficult decisions which he called “hot potatoes”. After the speeches, a lively discussion with the public ensued.

The Specific Objectives were to give the interested public an insight into the position of constitutional courts in the legal and political systems.