1.The trade legislation and the independent trade courts

Sven-Joachim Irmer, Head of the KAS Office in Romania and in the Republic of Moldova

Andreea Paul, Member of the Chamber of Deputies from the National Liberal Party (PNL), Secretary of the Committee for budget, finance and banks

10:55 – 11:10The new European Commission proposal of a Investment Court System for the Investor-state dispute settlement (ISDS)

11:10 – 11:25Opportunities and challenges for the business environment

12:30 – 12:45TTIP - The Public Debate in Germany and the Position of the German Government

3.The impact of TTIP on the European Union

End of the conference. 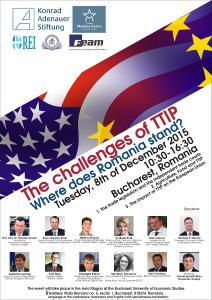 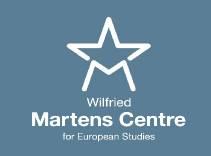